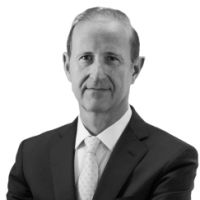 Head of the Competition Law practice and member of TozziniFreire’s Executive Committee, Marcelo was a commissioner of the Administrative Council for Economic Defense (CADE), the Brazilian Competition Commission, from 1998 to 2000, and president of the Brazilian Institute of Studies on Competition, Consumer Affairs and International Trade (IBRAC), from 2010 to 2011. In addition, he has worked as an editorial writer and New York correspondent for the newspaper Folha de S.Paulo, the largest daily paper in Brazil. He frequently lectures on Antitrust and Trade issues at events organized by the IBA, ABA, IBRAC and other entities around the world. Marcelo has also acted as a non-governmental advisor before the ICN (International Competition Networking).

82
Number of readings per contribution