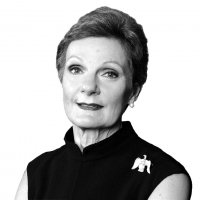 Loretta A. Preska is a senior judge in the United States District Court for the Southern District of New York. She joined the court in 1992 after being nominated by President George H.W. Bush. Preska served as chief judge of the court from June 1, 2009, when Kimba Wood assumed senior status, until May 31, 2016. Preska graduated from the College of St. Rose with her Bachelor’s degree in chemistry in 1970 and from Fordham Law School with her Juris Doctor Degree in 1973. She also received a Master of Law degree in Trade Regulation from NYU Law School in 1978.

378
Number of readings per contribution