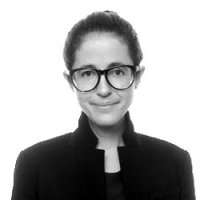 Laurence Bary is an antitrust lawyer in the Paris office of Dechert. Her practice focuses on EU and French competition law, including merger control, cartel investigations, market dominance cases and related litigation matters. She advises international clients in large merger control cases before the European Commission, including Phase 2 cases, and represented clients in a number of international cartel/dominance investigations, including several recent investigations in the technology sector. She has extensive experience of litigation both before the European courts in Luxembourg and the French courts, including representing high-profile companies in follow-on damage actions in France. Named a Rising Star for 2021 by Law360 and recognized in Law.com International’s inaugural European Female Rising Star list for 2021, she is also listed as a leading competition lawyer in France by Best Lawyers 2022 and GCR 100 2021. She is a graduate of the Ecole Normale Supérieure and Sciences-Po Paris.

In ten years, digital has become one of the main focuses, if not THE main one, of antitrust enforcers in Europe and worldwide. As a result, a very large number of competition law cases touch upon the question of digitalization. Over the past two years alone, hundreds of decisions and initiatives have been issued by competition enforcers worldwide, which aim to address some aspect(s) of the digital economy. This issue of e-Competitions devoted to “Antitrust in the Digital Sector” includes more than a hundred articles written on the subject in 2020-2021, and many more could have been added. It is obviously impossible, in this Foreword, to cover it all. We will therefore try to concentrate on the more significant developments of the past two years, starting with the paradigm-changing initiatives that have been proposed and, in some cases, already implemented for the ex ante regulation of platforms. The past two years have also seen numerous decisions and ongoing cases against the GAFAM, targeting both “classic” issues, including interoperability, foreclosure or exchanges of information, and evolving concerns, such as the boundary between privacy and competition law. Finally, digitalization has even impacted merger control. On this side of the Atlantic, the evolution of the European Commission’s doctrine regarding the application of Article 22 of Regulation No 139/2004 (the “European Merger Control Regulation” or “EUMR”) is meant to allow the Commission to look at acquisitions made by the largest platforms – with limited results so far. In the United States, agencies are proactively looking back to acquisitions made by the GAFAM in the past, entertaining the possibility of actually unwinding some of them.

The European Court of Justice has confirmed that financial investors can incur parental liability for the anticompetitive practices of portfolio companies, even after an IPO that left the investor holding only a minority stake in the company, provided that they still have sufficient (...)

The General Court of the European Union recently held, in Goldman Sachs v. Commission, that purely financial investors such as investment funds may be held jointly and severally liable for competition law violations implemented by their portfolio companies when they can exercise “decisive (...)

On 27 June 2018, the French Competition Authority (“FCA”) rejected a complaint filed by French company Econocom, active in the maintenance of servers and storage solutions, against the main manufacturers of IT hardware: IBM, Hewlett Packard (“HP”) and Oracle. This decision was issued in a peculiar (...)

Regulating digital platforms: Is sectoral regulation the answer? Laurence Bary Partner, Dechert, Paris 1. In December 2020, the European Commission introduced its proposal for the Digital Market Act (“DMA”). Following the high-profile decisions in the Google cases and the midst of ongoing (...)

The present contributions were gathered following up the 10th edition of the “New Frontiers of Antitrust” annual Concurrences review Conference held in Paris on June 14th, 2019, at the French Ministry of Economy and Finance. The discussions revolved around four topics. The members of the first (...)

Common ownership has become a hot topic in antitrust. Until recently, though, it remained largely a theoretical debate. The merger control decisions issued by the European Commission in Dow/DuPont and Bayer/Monsanto, however, have suddenly made it a real concern for companies – even though the (...)

Innovation seems to have become the new mantra among the antitrust community in Europe. In the specific context of merger control, the debate focuses on the possible impact of mergers on classic R&D and whether turnover-based jurisdictional thresholds create a risk that certain harmful (...)

1351.5
Number of readings per contribution