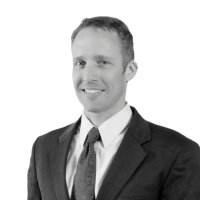 Keith Schomig is a partner in our Global International Trade and Global Mergers & Acquisitions practices, and is a member of the Firm’s Foreign Direct Investment (FDI) Reviews & National Security and CFIUS (Committee on Foreign Investment in the United States) practice. He focuses his practice in the areas of national security reviews before CFIUS and foreign ownership, control, or influence (FOCI) mitigation matters before the US Departments of Defense and Energy. His experience includes advising on major private-equity investments and large-scale mergers and acquisitions across a broad range of industries. Keith has also counselled clients on a multitude of FOCI mitigation and compliance matters. As part of his CFIUS and FOCI work, he has negotiated some of the most complex and sensitive national security agreements approved by the US government. Keith has been recognized as "up and coming" for foreign investment in Chambers USA and Chambers Global, and has presented numerous CFIUS lectures to practitioners and industry. Additionally, Keith co-created the first-to-market White & Case CFIUS FIRRMA tool, the prototype of which was recognized by The Financial Times in the 2019 FT North America Innovative Lawyers Awards. He graduated from the Georgetown University Law Center in 2008, where he was an editor of the American Criminal Law Review. Prior to attending law school, Keith served in the US Navy for nine years as a naval flight officer in the F-14 Tomcat, during which he flew combat missions in Iraq and Afghanistan. Keith received his undergraduate degree in physics from the United States Naval Academy in 1996, graduating with merit.

On September 15, President Biden signed an Executive Order (the "EO") identifying national security risks that the Committee on Foreign Investment in the United States ("CFIUS" or the "Committee") must consider when reviewing covered transactions. The EO focuses on five areas: supply chain (...)

274
Number of readings per contribution