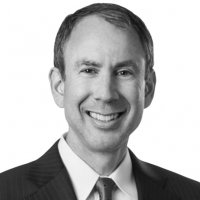 Jonathan Marcus represents clients in financial markets litigation in trial and appellate courts. He counsels in government enforcement matters before the Commodity Futures Trading Commission (CFTC), Securities and Exchange Commission (SEC) and Federal Energy Regulatory Commission (FERC). He also advises on a range of issues related to commodity and derivatives regulatory compliance. Mr. Marcus previously served as general counsel of the CFTC from April 2013 to February 2017, advising the commission on a wide range of issues, including rulemakings and other actions to implement the Dodd-Frank and Commodity Exchange acts. Before his appointment as general counsel, Mr. Marcus was the CFTC’s deputy general counsel for litigation for two years. In that position, he defended the CFTC’s Dodd-Frank rules against industry challenge. Before joining the CFTC, Mr. Marcus was of counsel at another major law firm, where he was a member of its Supreme Court & Appellate practice from 2007 to 2011. Mr. Marcus served at the U.S. Department of Justice as an assistant to the solicitor general from 2004 to 2007, where he argued five cases before the U.S. Supreme Court, and as an appellate attorney in the Criminal Division from 1998 to 2004, arguing numerous cases before the Federal Courts of Appeals. Mr. Marcus began his career as a law clerk to Judge José A. Cabranes of the U.S. Court of Appeals for the Second Circuit. He previously served as an adjunct professor at Georgetown University Law Center from 2008 to 2011.

Jonathan Marcus, Tara L. Reinhart The US Supreme Court decides that the FTC is not authorized to seek monetary relief from defendants in federal court, in consumer fraud and antitrust cases (AMG Capital Management)

169
Number of readings per contribution