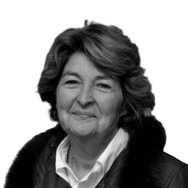 Joëlle Toledano is a University Professor of Economics at CentraleSupélec. She is co-director of the IREN ("Network Industries and the Digital Economy") Master’s Degree and co-director of the "Innovation, Enterprise and Society" Master’s Degree at the University of Paris-Saclay. Joëlle Toledano has a doctorate in mathematics and a doctorate in economics, and has had a dual career in academia and business. She started as a research associate at the CNRS, then as a lecturer in Economics at the University of Rouen. At the same time, she has held various management positions in IT companies. She was Deputy Managing Director of Alcatel TITN from 1987 to 1989, then Managing Director of CCMC Ressources Humaines. In 1993, she joined the La Poste group, where she was Director of European and National Regulation from 2001. At the beginning of 2005, she was appointed professor at the Ecole Supérieure d’Électricité (Supélec). Joëlle Toledano was a member of the College of ARCEP (mid-2005-2011). She was also the first chair of the European Postal Regulators Group created in 2010 by the European Commission. In 2014, she submitted a report written at the request of the government, "Dynamic spectrum management for innovation and growth", to Ms Axelle Lemaire, Secretary of State in charge of digital. She has published several books and numerous scientific and general public articles in the fields of macroeconomics, industrial economics and the regulation of electronic communications and posts.

The Digital Market Act (DMA) was born out of a combination of three elements: the desire to regulate certain very large online platforms that have acquired substantial control over access to digital markets; the perceived inadequacies and slowness of competition law in this regard; and the (...)

599
Number of readings per contribution