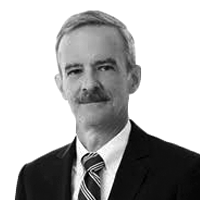 Jeffrey Brennan has practiced exclusively antitrust law for three decades, including more than 20 years in private practice and nearly 10 years over two tours at the Federal Trade Commission, from 1985 to 1990 as a staff attorney handling mergers and from 2001 to 2006 as assistant director, then associate director, of the Bureau of Competition. His current practice includes merger clearance, antitrust litigation, investigations by the FTC, DOJ and state attorneys general, and counseling on competitor collaborations and many other antitrust compliance issues. Jeff’s clients cover many industries, with the highest number in the health care services and products sector. He is co-chair of the Firm’s Health Antitrust affinity group. From 2001 to 2006, Jeff was head of the FTC’s Health Care Services and Products Division, where he was responsible for directing antitrust investigations and litigation into transactions and conduct by hospitals, physicians and pharmaceutical companies, including joint pricing, boycotts, brand-generic patent settlements and exclusionary practices involving the Hatch-Waxman Act. He received the FTC’s Award for Distinguished Service, which cites his achievements in advancing the Agency’s competition mission in health care services and products and in merger analysis.

Stephen Wu, Jeffrey Brennan, Ashley M. Fischer, Ashley McMahon The US Court of Appeals for the sixth circuit establishes a test for determining whether the conduct of joint ventures should be analyzed under the rule of reason test (The Medical Center at Elizabeth Place / Atrium Health System)

A recent decision by the US Court of Appeals for the Sixth Circuit is important for competitors involved in joint ventures because it states what mode of antitrust analysis—the per se rule or the rule of reason—applies to the conduct of joint ventures when it is challenged as anticompetitive. The (...)

With its latest lawsuit to block an acquisition of physicians, the Federal Trade Commission (FTC) confirmed last week that monitoring physician consolidation is a priority. The FTC and North Dakota Attorney General sued to block the proposed acquisition by a health system (Sanford Health) of (...)

This week, the Federal Trade Commission filed an administrative complaint against the Louisiana Real Estate Appraisers Board (LREAB). This complaint is the FTC’s first against a state licensing board since it prevailed in the Supreme Court in the decision in NC State Board of Dental Examiners v. (...)

Ashley M. Fischer, Jeffrey Brennan The US Court of Appeals for the Seventh Circuit overturns a district court decision which denies a motion by the FTC to enjoin the proposed merger in a hospital merger case (FTC / Advocate Health Network)

On October 31, 2016, the US Court of Appeals for the Seventh Circuit handed another important victory to the Federal Trade Commission (FTC) and the State of Illinois in a hospital merger case in Chicago, Illinois. This decision follows closely on the heels of the FTC’s victory earlier this year (...)

110
Number of readings per contribution