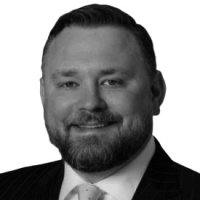 Edward McNeill is a senior associate in Ashurst’s competition practice. Edward advises on all aspects of EU and UK competition law, including merger control, state aid and behavioural matters, and public procurement law. He has considerable experience dealing with the EU Commission, the European Courts, UK regulators and other national competition authorities. Edward has particular expertise in the transport, energy, telecommunications, defence, waste and manufacturing sectors. Edward spent nearly five years practising in Ashurst’s Brussels office and, as a result, has a deep understanding of the EU’s decision-making processes. His clients include private companies, publicly traded companies, public sector bodies and central government departments.

The judgment was handed down by the Competition Appeal Tribunal ("CAT") in the paroxetine pay-for-delay case in 2018. However, the CAT decided to wait for a preliminary ruling from the European Court of Justice ("ECJ") on certain questions before determining the remaining grounds of appeal. (...)

Roland UK ("Roland") appealed the level of the penalty imposed by the Competition and Markets Authority ("CMA") for engaging in resale price maintenance ("RPM") in relation to the supply of electronic drums. Roland argued that the Competition Appeal Tribunal ("CAT") should reduce the penalty (...)

183.3
Number of readings per contribution