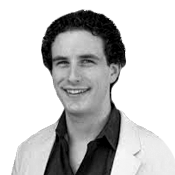 E. (Eric) Glen Weyl is Principal Researcher at Microsoft Research New England. Eric is also an Assistant Professor in the Department of Economics and the College, an Associate Member of the Law School, a member of the Chicago Center for Jewish Studies and of the Committee on Conceptual and Historical Studies of Science and an affiliate of the Center for Latin American Studies all at the University of Chicago. He also spends a month each year in Toulouse, France as a fellow at the Toulouse School of Economics (TSE). Glen was born in San Francisco on May, 6 1985 and raised in the Bay Area before attending boarding school at Choate Rosemary Hall in Connecticut. He was valedictorian of Princeton University’s 2007 class, receiving an AB in economics, followed by an MA and PhD in 2008. He then spent three years as a Junior Fellow at the Harvard Society of Fellows before coming to Chicago.

1461
Number of readings per contribution