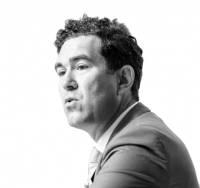 Dr Dirk Buschle is Deputy Director and Head of Legal of the Energy Community Secretariat, the surveillance authority established under the Energy Community Treaty of 2005. Born in 1970 in Baden-Baden, Germany, Dirk Buschle studied law at Constance University, where he graduated in 1995. Subsequently, he worked as a researcher in European Law at St. Gallen University (Switzerland), where he earned his doctorate in European Communications Law. Following the German Referendariat at different courts and law firms in Karlsruhe, Mannheim and Cologne, he joined the Court of Justice of the European Free Trade Association (EFTA Court) as Legal Secretary and Head of the President’s chambers (2002-2007). Dirk Buschle is Vice-Director of the Institute for European and International Business Law at St. Gallen University. He regularly teaches postgraduate students there, as well as at the University of Applied Sciences in Trier. Dirk Buschle is the author of numerous publications in different areas of European Law and co-chairs the St. Gallen International Energy Forum.

845.7
Number of readings per contribution