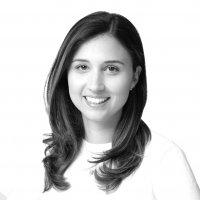 Dr Despoina (Deni) Mantzari joined the UCL Faculty of Laws in September 2018 as a Lecturer in Competition Law and Policy and was promoted to Associate Professor in October 2020. Prior to joining UCL, she was a Lecturer at the University of Reading School of Law and Programme Director of the LLM in International Commercial Law (2014-2018). Deni holds a PhD from UCL (AHRC doctoral scholarship), an LL.M in European Union Law (distinction) from UCL and a law degree from the National University of Athens, Greece. In 2013-2014, Deni was a postdoctoral research fellow at the ESRC Centre for Competition Policy at the University of East Anglia, where she undertook research on behavioural economics and comparative (EU, US) antitrust law. In 2010-2011, she was a visiting researcher at the UC Berkeley Boalt Hall School of Law in the USA and in 2016-2017 she was a Fellow at the Institute of Advanced Legal Studies in London as part of her BA/Leverhulme Small Research Grant. Deni is Co-Director of the Centre for Law, Economics and Society at UCL, an associate fellow of the Centre of Competition Policy at the University of East Anglia and a Fellow of the UK Higher Education Academy. She is book review editor for the journal World Competition - Law and Economics Review (Kluwer Law), an associate editor for the Journal of Competition Law and Economics (OUP), Editor at Current Legal Problems (OUP) and sits on the editorial board of the Journal of Antitrust Enforcement (OUP). Since 2016, Deni is General Editor for the ’Competition Law of the European Union’ treatise published by LexisNexis, succeeding the leading Competition Law Professor, Valentine Korah. Deni’s monograph on ’Courts, Regulators and the Scrutiny of Economic Evidence. Comparative Perspectives’ was published by Oxford University Press in September 2022. Deni has been invited to the judicial training programme of the European Commission and as a guest lecturer in many institutions. Prior to joining academia, Deni worked as a trainee lawyer and qualified to practice law in Greece (Athens Bar Association).

This special issue aims at feeding the current debate about the role of competition policy in the digital economy by addressing some key topics. These include challenges associated with digital ecosystems, the European Commission’s Digital Markets Act, the role of interim measures, mergers and (...)

1646.6
Number of readings per contribution