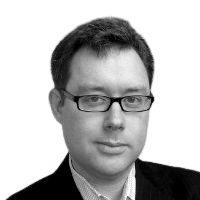 David Stewart joined as Executive Director, Mergers and Markets of the Competition and Markets Authority (CMA) in January 2022. Working closely with the Chief Executive, and as a member of the CMA Board, David’s role includes ensuring strategic leadership of the CMA’s merger control and markets regimes, including the Office of the Internal Market (OIM). Before that David has been a Partner at Towerhouse for 8 and a half years. Between the years 2007 and 2013, he was a Competition Policy Director at Ofcom. Before that, he has also been a Director of Investigations at Ofcom for 2 years. Between 2000 and 2005, David Stewart served as a Director of Regulatory and Public Affairs at Energis. Finally, he was a Lawyer at Gilbert Tobin (1999-2000) and at Minter Ellison (1995-1999).

1137
Number of readings per contribution