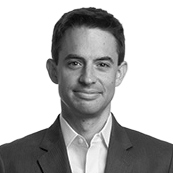 Daniel Francis is an Assistant Professor of Law at NYU. He writes and teaches about regulation and competition — including antitrust, constitutional, and other rules that affect competition — with a particular interest in dynamic and high-tech markets. Francis previously served in the antitrust arm of the Federal Trade Commission as Senior Counsel, Associate Director for Digital Markets, and ultimately Deputy Director. In those roles, he directed and managed a wide range of the FTC’s antitrust enforcement and policy activities, including in particular those in high-technology and platform markets, and oversaw a number of its divisions and offices. He also spent ten years practicing antitrust law with two multinational law firms in Washington DC, New York, and Brussels. Francis has testified before the Antitrust Subcommittee of the Senate Judiciary Committee regarding antitrust policy, and is the co-author of a forthcoming casebook on antitrust law, to be published in Summer 2023 by the American Bar Association. Before joining NYU, Francis served as a Climenko Fellow at Harvard Law School, and as a Furman Fellow and Emile Noël Global Fellow at NYU School of Law. He has also served as a Visiting Researcher at Harvard Law School, as Associate Editor of the International Journal of Constitutional Law, and as an instructor on European Union constitutional law and political history at Harvard College. Francis holds a first law degree from Trinity College, Cambridge; a Master of Laws degree from Harvard Law School; and a JSD doctorate from NYU School of Law, under the supervision of Gráinne de Búrca. He is admitted to the practice of law in New York and the District of Columbia.

726
Number of readings per contribution