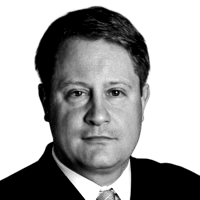 Colman Ragan is the Vice President and General Counsel at Teva Pharmaceuticals since February 2018. Moreover, he occupied the posts of Associate General Counsel and Interim Head at Teva between the years 2016 and 2017. Before that, he has been a Counsel of Intellectual Property at Actavis for 3 years. For 6 years until 2013, Colman Ragan has occupied the post of Attorney at Willkie Farr & Gallagher. Between the years 2003 and 2007, he was Associate Attorney at Kenyon & Kenyon. Finally, he has been a scientist at Pfizer for 3 years until the year 2000.

381
Number of readings per contribution