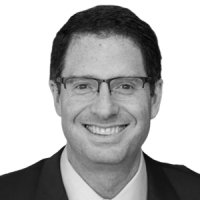 Brian Brooks is a Member of the Board at Spring Labs. He served as Acting Comptroller of the Currency at the OCC from May 29, 2020 to January 14, 2021. Mr. Brooks became Acting Comptroller of the Currency upon the resignation of the 31st Comptroller of the Currency Joseph M. Otting as a result of his designation as First Deputy Comptroller by Treasury Secretary Steven T. Mnuchin pursuant to his authority under 12 USC § 4. As Acting Comptroller of the Currency, Mr. Brooks was the administrator of the federal banking system and chief officer of the Office of the Comptroller of the Currency (OCC). The OCC supervises nearly 1,200 national banks, federal savings associations, and federal branches and agencies of foreign banks that conduct approximately 70% of all banking business in the United States. The mission of the OCC is to ensure that national banks and federal savings associations operate in a safe and sound manner, provide fair access to financial services, treat customers fairly, and comply with applicable laws and regulations. The Comptroller also serves as a director of the Federal Deposit Insurance Corporation and a member of the Financial Stability Oversight Council and the Federal Financial Institutions Examination Council. Prior to becoming Acting Comptroller, Mr. Brooks served as Senior Deputy Comptroller and Chief Operating Officer. In this role, he oversaw OCC bank supervision, bank supervision policy, economics, supervisory system and analytical support, systemic risk identification support and specialty supervision, and innovation. He also served as a member of the OCC’s Executive Committee and was the Chair of the Technology and Systems Subcommittee, since joining the agency in April 2020. Prior to joining the OCC, Mr. Brooks served as Chief Legal Officer of Coinbase Global, Inc., where he headed the legal, compliance, audit, investigations, and government relations functions for the company, which served 20 million customers. He held this position since September 2018. From 2014-2018, Mr. Brooks served as Executive Vice President, General Counsel, and Corporate Secretary of the $3.2 trillion Fannie Mae. Prior to joining Fannie Mae, he served as a Vice Chairman of OneWest Bank, N.A., from 2011 to 2014. Prior to joining OneWest, he served managing partner of the Washington, D.C. office of the global law firm O’Melveny & Myers LLP, where he also served as chair of the firm’s financial services practice group. Prior to joining the OCC, Mr. Brooks also served on the Boards of Directors of Avant, Inc. and Fannie Mae, and also served as an advisor to a number of technology startups. Mr. Brooks holds a bachelor’s degree from Harvard University in government and a law degree from the University of Chicago.

598
Number of readings per contribution