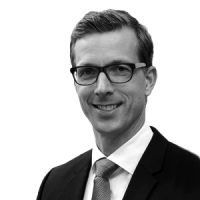 Georg Boettcher is Chief Counsel Competition at Siemens. In this function he is responsible for all antitrust matters worldwide covering merger control, advice on competition law issues and a state-of-the-art antitrust compliance program. Georg joined Siemens in 2005 as an antitrust lawyer and since then held various positions within the Siemens Legal department, most recently from 2015-2018 he was the General Counsel for Latin America and was based in Bogota, Colombia. Before joining Siemens, Georg worked as an attorney in private practice for several years. He studied law at the universities of Hamburg, Bilbao and Munich and received his PhD in Competition Law from the Max-Planck-Institute for Intellectual Property and Competition Law in Munich.

552
Number of readings per contribution