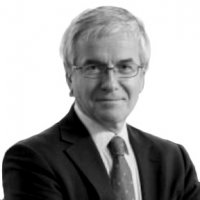 Way back when, in a bold move before virtually anyone other than Napoleon Bonaparte ("when China awakes, the world will tremble") had anticipated the potential, Andrew McGinty, then an undergraduate linguist in search of a new challenge, embarked on a one year exchange program to study Chinese at Fudan University in Shanghai in 1984 that was to change the trajectory of his life; forever. And apart from a five-year break to qualify as a lawyer (in England and Hong Kong), he has never left China. That gives him a unique historical perspective as to how far China has progressed and, more importantly, where it is likely to be going. Few, if any foreign lawyers in China have witnessed such a transformation in a single working lifetime. He is able to draw on that experience to bring insight to bear where it matters: making sure that his clients get advice that is practical, commercial, and placed in its context by someone who has seen pretty much anything in the way of challenges and curve-balls that China can throw at a lawyer. He has spent several years living in Beijing, Guangzhou, Shanghai and Hong Kong. Notwithstanding his management responsibilities, Andrew is at his happiest when in the thick of a deal. He covers a wide waterfront of foreign direct investment, mergers and acquisitions, joint ventures and strategic alliances as well as regulatory advice in the toughest, most highly regulated sectors, with a focus on the TMT, venture capital, real estate, financial institutions, life sciences, and insurance sectors, but has handled just about everything in between. A transplanted Londoner, but proud of his roots as a linguist-turned-lawyer, Andrew works day-to-day in an unusual combination of French, Mandarin, Cantonese, and Spanish.

On 6 August 2020, the lid was lifted on one of China’s biggest antitrust secrets. On that day, news broke out that a new book authored by the State Administration for Market Regulation ("SAMR") featuring a compilation of antitrust rules had been launched. The compilation contains four previously (...)

CHINA TABLES FIRST SET OF AMENDMENTS TO THE ANTI-MONOPOLY LAW* On 2 January 2020, China’s antitrust authority – the State Administration for Market Regulation (’SAMR’) – released a draft proposing amendments to the main antitrust statute in China, the Anti-Monopoly Law (’AML’), for public (...)

Adrian Emch, Andrew McGinty The Chinese State Administration for Market Regulation publishes a draft to incentivise whistleblowing and reward measures for complaints against significant illegal conduct in the regulation field

194.3
Number of readings per contribution