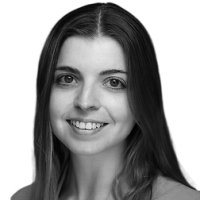 Ana Alvarez is a Legal Consultant in the Antitrust and Competition Law Practice Group of Sheppard Mullin’s Brussels office. Ana advises on EU and Spanish competition law, including State aid matters in several sectors such as air and rail transport, energy, insurance and basic industries. She is also involved in EU litigation cases before the General Court and the Court of Justice of the European Union. She works on all competition matters such as competition investigations, State aid issues, merger control and gun jumping, actions for damages, and advisory. Prior to joining Sheppard Mullin, Ana was trained in EU Law in Spain and Belgium and she received an LL.M. in European Legal Studies from the College of Europe. She was part of the antitrust groups of other law firms in Spain and Brussels, with a focus in the telecommunications, transport and basic industries. She also gained valuable experience from the European Commission as a trainee in 2021-2022 at the Cabinet of Executive Vice-President Margrethe Vestager, Commissioner for Competition.

Jacques Derenne, Ana Ana Alvarez Vida Tax rulings: The General Court of the European Union partially annuls a decision of the European Commission considering that the individual aid granted by Gibraltar on the basis of advanced tax rulings was illegal and incompatible with the internal market (Mead Johnson Nutrition)

106
Number of readings per contribution