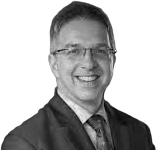 Pierre Larouche (1968) is Professor of Law and Innovation at Université de Montréal. Previous affiliations include Professor of Competition Law at Tilburg University and Founding Director of the Tilburg Law and Economics Center (TILEC), Professor at the College of Europe (Bruges) and Joint Academic Director of the Center on Regulation in Europe (CERRE). A graduate of McGill, Bonn and Maastricht, he clerked at the Supreme Court of Canada in 1991-1992 and practised law for three years before joining academia. His teaching and research interests include innovation theory, competition law and economic regulation, electronic communications law, media law, comparative law and tort law. He has been a guest professor or scholar at McGill University (2002), National University of Singapore (2004, 2006, 2008, 2011, 2013), Northwestern University (2009-2010, 2016-2017), Sciences Po (2012), the University of Pennsylvania (2015) and IDC Herzliya (2016).

Legislative initiatives on both sides of the Atlantic focus on giant digital platforms – the Digital Markets Act in the EU, platform bills before the US Congress. They are best viewed as an attempt to correct historical mistakes and restore some measure of competition to these markets. These (...)

The paper analyses the recent European Commission Proposal for a Digital Markets Act which will regulate the digital gatekeepers in order to increase market contestability and fairness in the European digital economy. First, the paper summarises the main elements of the Commission proposal: (...)

2032.5
Number of readings per contribution