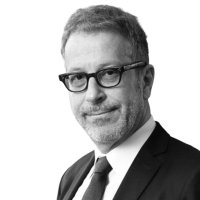 For nearly 25 years Michel Struys has advised major international groups, public institutions and governments in cases involving complex European law issues, and in particular State aid and competition law, and has represented them before both the Commission and the European Courts. He is widely recognized by his clients and peers as one of the leading practitioners in State aid, abuse of dominant position, and the application of Article 101 of the Treaty on the Functioning of the European Union (TFEU). He has assisted multinational companies in a number of landmark EU Commission proceedings raising novel issues, such as the application of Article 102 TFEU to the licensing of standard essential patents in Samsung, price signalling in the Container Shipping case, and tax optimisation in McDonald’s successful challenge to the EU Commission’s state aid investigation, as well as currently in pending case for a Nordic company. He was a Judicial clerk of the Court of Justice of the European Union from 1993 to 2000, and for several years co-headed the European law and competition law practice of one of the largest Anglo-Saxon law firms.

The new EU Foreign Subsidies Regulation, which appears to mirror the substantive EU State aid principles set out in Article 107 (1) of the Treaty on the Functioning of the European Union (“TFEU”) and entered into force on 12 January 2023, will have a significant impact on foreign business (...)

85
Number of readings per contribution