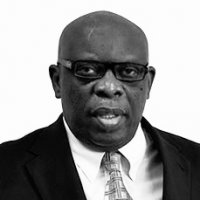 Mr. George Lipimile is the first Director of the COMESA Competition Commission since its commencement of operations on 14th January, 2013. He brings with him 32 years of experience in competition law and policy enforcement at national, regional and multilateral level. Prior to his current appointment, he served as Senior Advisor at the United Nations Conference on Trade and Development (UNCTAD) in the Division of Competition and Consumer Law Policy and established and became the first Executive Director of the Zambia Competition Commission (ZCC) in Zambia (the first modern competition Authority in the Eastern and Southern African Region). Mr. Lipimile also worked as head of Zambia Intellectual Property office and served as Chairperson of the African Regional Intellectual Property Organisation for two terms. While at UNTAD, he was in charge of the technical assistance and capacity building programmes in the area of competition and consumer policies for the developing and Least Developed Countries. His duties at ZCC included advising the government on a range of trade and competition issues, including the negotiations of the Doha Rounds, WTO Agreements, EPAs negotiations, in addition to issues relating to the regional trade and economic integration of the SADC/COMESA Agreements. He has been instrumental in the development and drafting of national legislation on competition law and policy in the COMESA/SADC Member States.

This article examines the process of harmonisation of competition law and policy in Africa in the context of economic integration under the African Continental Free Trade Agreement (AfCFTA). The article undertakes a comparative examination of the various stages of development of domestic (...)

1131
Number of readings per contribution