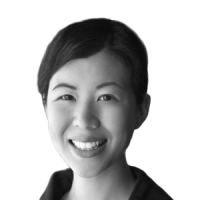 Michele C. Lee is the Deputy General Counsel at Pinterest since march 2022. Before that she used to be the Associate General Counsel for litigation, regulatory, and employment at Pinterest. Prior to joining Pinterest, she was a seasoned legal advisor with a track record of leading teams to efficiently resolve high profile domestic and global legal disputes as Associate General Counsel responsible for Litigation, Competition, and Regulatory matters at Twitter. Ms. Lee routinely handled high stakes global disputes involving speech rights and intermediary liability. Prior to joining Twitter, Ms. Lee advised senior executives at Visa about laws and regulations relating to payment networks, and managed various cases, including the company’s patent litigation docket, as well as a class action dispute including a class of all merchants in the United States. Before working at private sector companies, Ms. Lee was a Trial Attorney with the United States Department of Justice where she prosecuted cases of civil fraud committed against the government. At the start of her career, Ms. Lee was an antitrust associate at Wilson Sonsini Goodrich and Rosati, and at White & Case. She graduated from American University’s Washington College of Law in 2005 and received her undergraduate degree in political science and public relations from Syracuse University in 2002. In her free time, she is a fundraiser and volunteer for Raphael House, a San Francisco shelter for homeless families, and can be found witnessing the indescribable adorableness and chaos of her three kids who are ages three and under.

414
Number of readings per contribution