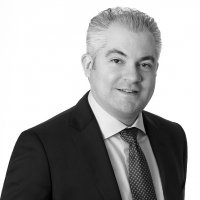 Jeffrey Amato handles complex multi-forum disputes, principally in the areas of international cartel litigation, class actions, arbitration, and government investigations. Jeffrey also has experience in white collar criminal defense, including representing defendants in federal and state courts at the trial, appellate, and post-conviction levels. His experience includes counseling clients with respect to navigating compliance with statutory, regulatory, and ethical obligations relating to government contracts. During his career in private and public practice, Jeffrey has been involved in legal disputes concerning a wide range of issues in federal, state, administrative, and arbitral forums, each contributing to his proficiency in new substantive areas of the law and diverse business sectors. Prior to joining Winston, Jeffrey worked at another international law firm. Previous to that, he served as law clerk to the Honorable Arthur D. Spatt, U.S. District Judge for the Eastern District of New York. Before his clerkship, Jeffrey was an attorney with the U.S. Department of Homeland Security, where he prosecuted numerous civil enforcement actions against individuals, air carriers, shippers, and other regulated entities. During his tenure at U.S. Department of Homeland Security, he received an interim appointment as Special Assistant to the Chief Counsel of the Transportation Security Administration. Immediately following his graduation from law school, Jeffrey was an Honors Attorney with the Office of the General Counsel of the U.S. Department of Transportation.

392
Number of readings per contribution