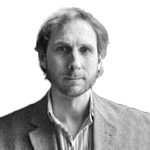 Dr. (“Chris”) Townley is Reader in International Competition Law and Regulation. Chris joined King’s College London as a lecturer in 2007, after receiving his BA in Law from Durham University, an LL.M. from the College of Europe, Bruges and a Ph.D. from the European University Institute, Florence. His thesis, Article 81 EC and Public Policy (2009), was published by Hart, Oxford. Before going into academia, Chris worked as a solicitor at Clifford Chance LLP and then as Principal Case Officer at The Office of Fair Trading. Since joining King’s, Chris has provided teaching and/ or advice to several bodies, including The Egyptian Competition Authority, The National Broadcasting and Telecommunications Commission (Thailand), The NHS, the Office of Fair Trading, Ofcom and The Pakistan Competition Commission. Chris’s ongoing research and teaching covers European, International and Transnational Competition Law and Regulatory Governance. His current book project explores the merits and challenges of ‘Varieties of Interpretation’ in EU Competition Law. Other present research includes a collaborative project with Mariana Tavares, investigating the relationship between the International Competition Network (ICN) and national members’ competition laws and their actors, and a study of the legal and normative implications of price discrimination in EU competition law.

Is the International Competition Network (ICN), a network of competition authorities (NCAs) from around the world and non-governmental actors – often large multi-nationals and the firms that support them – efficient and effective? Many scholars and practitioners think so. They also see little (...)

911
Number of readings per contribution