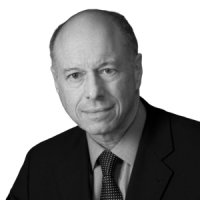 Albert A. (“Bert”) Foer is the Founder and former President of the American Antitrust Institute, currently Senior Fellow. Before founding the AAI in 1998, his career has included private law practice in Washington, DC; the Federal Senior Executive Service (as Assistant Director and Acting Deputy Director of the Federal Trade Commission’s Bureau of Competition); CEO of a chain of retail stores for 12 years; trade association and non-profit leadership; and teaching antitrust to undergraduate and graduate business school students. Foer has published numerous articles, book chapters, and reviews relating to competition policy. He is editor of The Next Antitrust Agenda and co-editor of The International Handbook on Private Enforcement of Competition Law and of Private Enforcement of Antitrust Law in the United States. Foer was presented the National Consumer Federation’s Esther Peterson Award for Consumer Service in June 2016.He is a graduate of the University of Chicago Law School, where he was an associate law review editor. He also earned an A.B. (magna cum laude) from Brandeis University and an M.A. in political science from Washington University.

September 9 2014 9 Sep 2014 Washington A single merger control standard for the US and abroad? See documents

This Concurrences special set of articles focuses on antitrust law and enforcement in the aftermath of the American Presidential Elections. It questions the changes and challenges expected in 2021 under the new Biden administration, and its impacts with respect to antitrust legislation and (...)

Change is in the air and it is coming to antitrust and competition policy in the United States. The unexpected election of President-elect Donald J. Trump opened wide the speculation or mystery about what he and his advisors are planning concerning his administration’s antitrust policy. During (...)

3001
Number of readings per contribution