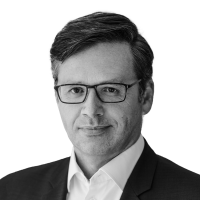 Theon van Dijk is the former Chief economist at the Netherlands Authority for Consumers and Markets (2019-2022). Theon has over 20 years’ experience as an expert on the economics of competition law. He has provided expert economic advice to clients involved in competition law proceedings before the European Commission and competition authorities in the Netherlands, Belgium, Germany, France and the United Kingdom. His consulting experience covers a wide range of industries including pharmaceuticals, biotechnology, consumer electronics, fast-moving consumer goods, broadcast services, lighting products, salt, sugar, beer, publishing, hospital services and telecommunications services. Theon has provided expert economic advice in all functional areas of competition law including mergers and acquisitions, abuse of dominance, cartel investigations and private damages claims, vertical and horizontal agreements, state aid and licensing conditions of intellectual property. He has appeared as an economic expert in various court cases and arbitration proceedings and has been an arbitrator. Theon started working in economic consultancy in 1996 after completing his PhD in industrial economics and intellectual property at Maastricht University and spending a year as a postdoctoral researcher at the University of Toulouse. Having worked in senior positions for major international consultancies in London and Brussels, in 2005 he founded Lexonomics, which joined forces with E.CA Economics in November 2016. Between 2013 and 2015 he held the rotating position of the Chief Economist at the European Patent Office in Munich.

This mini-symposium takes stock of practical advances in competition damage evaluation. Combining perspectives from competition authorities, academics and practitioners respectively, it shows the existence of common principles and a set of widely accepted methods to calculate damages that may (...)

2339.3
Number of readings per contribution