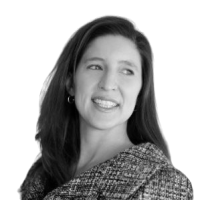 Susan Athey is a Division’s Chief Economist at U.S. Department of Justice at Washington D.C. Before that she used to be an economics of technology Professor at Stanford Graduate School of Business. She received her bachelor’s degree from Duke University and her PhD from Stanford, and she holds an honorary doctorate from Duke University. She previously taught at the economics departments at MIT, Stanford and Harvard. Her current research focuses on the economics of digitization, marketplace design, and the intersection of econometrics and machine learning. She has worked on several application areas, including timber auctions, internet search, online advertising, the news media, and virtual currency. As one of the first “tech economists,” she served as consulting chief economist for Microsoft Corporation for six years, and now serves on the boards of Expedia, Rover, and Ripple. She also serves as a long-term advisor to the British Columbia Ministry of Forests, helping architect and implement their auction-based pricing system.

686
Number of readings per contribution