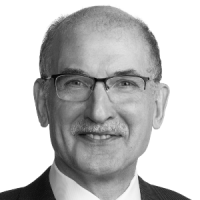 Steven C. Sunshine is the head of Skadden’s Global Antitrust/Competition Group. He represents clients in connection with antitrust aspects of mergers and acquisitions, litigation, counseling and grand jury investigations. He regularly appears before courts in connection with antitrust civil matters and before the U.S. and European antitrust authorities. Mr. Sunshine has led antitrust representations in numerous M&A transactions, including Sprint/T-Mobile; HPE/Cray; Visa/Plaid; DoorDash/Caviar; Intel/Apple; NXP/Qualcomm; Embraer/Boeing; Becton Dickinson/C.R. Bard; Nokia/Alcatel-Lucent; Intel/Mobileye; Cardinal/Medtronics; Yahoo!/Verizon; HP/Samsung sale of printers; Broadcom/Avago; Plum Creek/Weyerhaeuser; Freescale/NXP; Anheuser-Busch/Grupo Modelo; Sprint/Clearwire; Air Products/Evonik; SanDisk/Western Digital; Southwest/AirTran; Gilead/Pharmasett; SanDisk/ Fusion-io; Rite-Aid/Envision; Cisco/Tandberg; Exelon/Constellation and Pepco; Duke/Progress Energy; Corning/Becton Dickinson Labware; Valeant/Allergan, Medicis and Bausch & Lomb; Jet Aviation/General Dynamics; Actavis/Forest and Warner Chilcott; Rockwood/Elementis; and De Beers/Louis Vuitton. Mr. Sunshine is recognized as a leading antitrust practitioner and is repeatedly listed in Best of the Best USA as one of the top competition lawyers in the world and in Lawdragon 500 Leading Lawyers in America. He also was named to the 2018 Lawdragon Hall of Fame, which recognizes past members of the Lawdragon 500 who have made remarkable contribu­tions as leaders in their field. He was named by The National Law Journal as a 2020 Winning Litigator and previously as one of the publication’s Trailblazers, honoring lawyers who have advanced their legal practice areas through the use of innovative strategies. He regularly is selected for inclusion in Chambers Global, Chambers USA, Who’s Who Legal and The Best Lawyers in America, and named as a leading lawyer by Legal 500. Mr. Sunshine repeatedly has been named as a Law360 MVP in the competition category (including 2020), a Litigator of the Week by The Am Law Litigation Daily and a finalist for Global Competition Review’s Antitrust Lawyer of the Year. The Financial Times report on U.S. Innovative Lawyers recognized his work on Sprint v. AT&T as a Standout litigation matter. He also has been repeatedly cited as a Star by LMG Life Sciences.

Steven C. Sunshine, Karen M. Lent, Matthew Martino, Julia K. York The US District Court for the District of Columbia grants motions to dismiss two parallel antitrust complaints filed by the FTC and a group of State AGs against a social media company for monopolization, with the FTC being allowed to file an amended complaint in 30 days (Facebook)

On June 28, 2021, Judge James E. Boasberg of the U.S. District Court for the District of Columbia granted Facebook’s motions to dismiss two parallel antitrust complaints filed by the Federal Trade Commission (FTC) and a group of state enforcers. The complaints accused Facebook of illegally (...)

Steven C. Sunshine, Maria Raptis The US DoJ issues its merger remedies manual which provides that the framework the DoJ will utilise in implementing relief in mergers reviewed by its attorneys and economists

On September 3, 2020, the Department of Justice’s Antitrust Division (the DOJ) issued its new Merger Remedies Manual (the Manual), which provides the framework the DOJ will utilize going forward to implement relief in mergers reviewed by its attorneys and economists. The DOJ has updated its (...)

Matthew Martino, Tara L. Reinhart, Steven C. Sunshine, Julia K. York The US Court of Appeals for the Ninth Circuit strikes down a sweeping injunction against a semiconductor company and reins in an expansive interpretation of the Sherman Act (Qualcomm)

Antitrust-Related Considerations Collaborations With Competitors Companies seeking to collaborate with competitors in response to the COVID-19 crisis must keep in mind, as the Department of Justice has recently cautioned, that the antitrust laws remain in effect, and agreements among (...)

In a continuation of recent Department of Justice (DOJ) successes challenging mergers, the U.S. District Court for the District of Columbia recently enjoined two more proposed mergers brought and litigated under the Obama administration. Aetna’s $37 billion proposed acquisition of Humana was (...)

On August 13, 2015, the U.S. Federal Trade Commission (FTC) issued formal guidance on Section 5 enforcement consisting of a general statement of principles to guide application of its authority to challenge “unfair methods of competition” under Section 5 of the FTC Act. While it is generally (...)

Clifford H. Aronson, Sharis A. Pozen, Steven C. Sunshine The US Court of Appeals for the Sixth Circuit confirms the decision of the FTC regarding a merger in the healthcare sector (ProMedica)

On April 22, 2014, the United States Court of Appeals for the Sixth Circuit handed the Federal Trade Commission (FTC or Commission) another significant victory in a hospital merger, ruling that the FTC’s decision and order requiring that ProMedica divest St. Luke’s, another Lucas County, (...)

On September 20, Judge Susan Illston of the Northern District of California handed down sentences to AU Optronics Corporation and two company executives, following their convictions in March for participating in a global price-fixing conspiracy involving LCD screens used in computers and (...)

On November 15, the Federal Trade Commission (FTC) announced a proposed consent agreement to address the agency’s allegations that the $3.1 billion acquisition of Psychiatric Solutions, Inc. by Universal Health Services, Inc. (UHS) would reduce competition in the provision of acute inpatient (...)

On August 4, 2010, the Federal Trade Commission (FTC) announced that it entered into an agreement with Intel Corporation to resolve a much-hyped administrative complaint filed on December 16, 2009. The FTC’s complaint against Intel was filed under Section 5 of the FTC Act, shortly after the FTC (...)

On April 20, the Department of Justice (DOJ) and Federal Trade Commission (FTC) released and sought public comment on proposed, revised Horizontal Merger Guidelines (guidelines) that reflect how the agencies evaluate the potential competitive effects of mergers and acquisitions between firms at (...)

Gary A. MacDonald, James A. Keyte, Steven C. Sunshine The US District Court for the Eastern District of Pennsylvania adopts the "scope of patent" test for analyzing Hatch-Waxman patent settlements (Cephalon)

Gary A. MacDonald, James A. Keyte, Steven C. Sunshine The US District Court for the Northern District of Georgia dismisses the FTC’s pay-for-delay antitrust lawsuit ruling that the contested settlements are not an unreasonable restraint of trade (Androgel)

On January 21, 2010, after a three-year and four-month investigation, the Department of Justice (DOJ) announced a $900,000 settlement with meat processors Smithfield Foods Inc. and Premium Farms LLC to resolve DOJ allegations that Smithfield exercised operational control over Premium (...)

Gary A. MacDonald, James A. Keyte, Neal R. Stoll, Steven C. Sunshine The US FTC finalizes amendments to parts 3 and 4 of its rules of practice expediting administrative review of mergers

On April 27, 2009, the Federal Trade Commission adopted final rules amending Parts 3 and 4 of its Rules of Practice. The adoption of these rules is a culmination of efforts going back a couple of years to make changes that would expedite adjudications of allegedly anti-competitive merger (...)

On March 18, 2009, Judge Collyer of the United States District Court for the District of Columbia released the public version of a significant opinion supporting her order granting the FTC a preliminary injunction in connection with the proposed $1.4 billion merger of CCC Information Systems (...)

James A. Keyte, Steven C. Sunshine The US FTC seeks disgorgement remedy in a challenge against a pharma company for illegally acquiring drugs used to treat premature babies with a life-threatening heart condition (Ovation Pharmaceuticals)

Continuing a trend of increasing aggressiveness in antitrust enforcement, the Federal Trade Commission (FTC) is seeking disgorgement in a challenge to Ovation Pharmaceutical Inc.’s acquisition of the drug NeoProfen®, filed in the Minnesota District Court on Dec. 16, 2008. In the past, the FTC has (...)

Clifford H. Aronson, Matthew P. Hendrickson, Steven C. Sunshine The US Court of Appeals for the DC Circuit reverses the denial of a preliminary injunction sought by an undertaking against a merger in the organic food sector (Whole Foods / Wild Oats)

On July 29, 2008, the U.S. Court of Appeals for the D.C. Circuit reversed the denial of a preliminary injunction sought by the FTC against a merger of Whole Foods Market, Inc. and Wild Oats Markets, Inc., in a ruling that significantly lowers the bar for the FTC to obtain preliminary (...)

Inova Health System Foundation (Inova) and Prince William Health System, Inc. (PWHS) announced today that they will abandon their proposed merger. This announcement comes after the Federal Trade Commission sought to preliminarily enjoin the merger so that it could conduct a “Fast Track” (...)

Shepard Goldfein, Steven C. Sunshine The US Court of Appeals for the DC Circuit sets aside the FTC’s charge of an antitrust violation in the computer memory industry (Rambus)

On April 22, 2008, the U.S. Court of Appeals for the District of Columbia Circuit held in Rambus Inc. v. FTC, No. 07-1086, that the FTC failed to prove that Rambus Inc. violated antitrust law when it participated in a trade organization’s setting of industry technology standards without (...)

In a 7-2 decision on May 21, 2007, the Supreme Court held that a complaint alleging antitrust conspiracy based on parallel conduct alone fails to state a claim under Federal Rule of Civil Procedure 12(b)(6). Bell Atlantic Corp. v. Twombly, No. 05-1126. Further, the Court held that a bare (...)

On April 2, 2007, the Antitrust Modernization Commission (“AMC”) released its Report and Recommendations to Congress and President Bush. The bipartisan AMC was commissioned by the Modernization Act of 2002 to examine whether antitrust law needed to be modernized, solicit views from interested (...)

On February 20, the U.S. Supreme Court issued a significant opinion in which it concluded that the test it had set forth previously to govern predatory pricing cases applies also to cases involving allegations of predatory bidding. See Weyerhaeuser Co. v. Ross-Simmons Hardwood Lumber Co., (...)

303.9
Number of readings per contribution