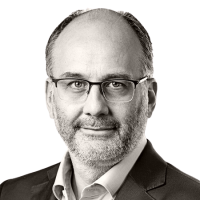 Dr. Raphaël De Coninck heads the Brussels office of the global economic consulting firm Charles River Associates (CRA). Raphaël provides expert economic evidence and testimony in all competition matters, leading teams of economists at the forefront of merger, antitrust and damages analysis. He has worked on many of the landmark European competition cases of the last two decades, including over 80 mergers and 25 “Phase II” merger investigations, and over 50 abuse of dominance, cartel and damages cases. In addition to European Commission matters and multi-jurisdictional filings, he has provided expert economic evidence in Belgium, the United Kingdom, France, the Netherlands, Spain, Switzerland, and the United States. Raphaël’s experience spans a wide range of products and industries, including in the technology sector, pharmaceuticals, consumer products and retail, transport, telecoms, energy, basic industries, financial services, media and entertainment. Prior to joining CRA, Raphaël was a member of DG Competition’s chief economist team at the European Commission. While at the Commission, he contributed to major competition policy initiatives, including the European Commission’s Best Practices for Economic Submissions and Data Collection in Merger and Antitrust Cases, and the European Commission’s Practical Guide on the Quantification of Antitrust Damages. Raphaël has published numerous articles on the economics of competition, covering in particular horizontal and non-horizontal mergers, the impact of mergers on innovation, market definition, exclusionary conduct, excessive prices, standard essential patents, bargaining power and antitrust damages estimation. Raphaël holds a Ph.D. in economics from the University of Chicago and degrees in law and in economics from the University of Liège, Belgium. He has been a post-doctoral fellow at New York University and taught at the University of Chicago and the Free University of Brussels (ULB).

One fundamental difference between the European and American approaches to unilateral conduct relates to the treatment of exploitative conduct, including excessive prices. While the mere charging of monopoly prices is not unlawful under US antitrust law, which recognizes high prices as an important element of the free-market system that rewards innovation, exploitative practices by a dominant company are in principle considered abusive under EU law, even if the exploitative conduct is not accompanied by other anticompetitive practices.

Damien Neven, Hans Zenger, Raphaël De Coninck The EU Commission develops a novel theory of harm based on the effect of the transaction on the bargaining power of the new entity (Universal Music Group / EMI Music)

EDF/Segebel (SPE) - More power to boost competition in Belgian energy markets* I. Introduction In September 2009, the Commission received a notification of a proposed concentration whereby Electricité de France («EDF») would acquire from Centrica, a UK energy company, a 100% stake in Segebel (...)

I. Introduction On 24 September 2008, following ongoing talks with British Energy, EdF announced that it had agreed a takeover of the company for the sum of £12.5 billion. On 3 November 2008, given that the transaction had a Community dimension within the meaning of the Merger Regulation, EdF (...)

The authors of this On-Topic focus on the latest developments in the pharmaceutical sector. According to Ms Thill-Tayara, author of the first contribution and lawyer with Dechert Paris, if the competition agencies’ activism is partly motivated by the need to limit the expenses of national health (...)

This set of contributions presents the various competitive effects associated with minority shareholdings. It also considers how these effects can be dealt with either through notifications to the competition authority, especially with the case of the German and British legislations, or through (...)

This mini-symposium takes stock of practical advances in competition damage evaluation. Combining perspectives from competition authorities, academics and practitioners respectively, it shows the existence of common principles and a set of widely accepted methods to calculate damages that may (...)

In light of the European Commission’s recent initiatives to bolster private antitrust enforcement, this paper discusses the general economic framework for damages estimation, reviews common empirical methods used by economic experts and highlights some of the practical challenges for estimating (...)

On the 28th of November 2007, the Commission adopted the Non-Horizontal Merger Guidelines. This article illustrates how these guidelines are applied in practice by reviewing the economic analysis undertaken in Google/DoubleClick and TomTom/TeleAtlas, two recent mergers that raised (...)

1448.8
Number of readings per contribution