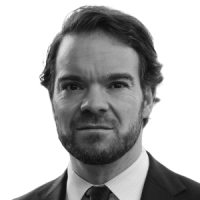 Nicolas Petit has been appointed as Joint Chair in Competition Law at the European University Institute (EUI) and the Robert Schuman Centre for Advanced Studies (RSCAS). Nicolas Petit is also invited Professor at the College of Europe in Bruges. He will be on special leave from the Law School of the University of Liege (ULiege) where he has been full Professor since 2007 and where he received his Phd. Prior to joining the EUI, Nicolas Petit has held a public office position as a part time judge with the Belgian competition authority, and has also worked in private practice with a leading US law firm in Brussels. Nicolas Petit is the co-author of EU Competition Law and Economics (Oxford University Press, 2012) and the author of Droit européen de la concurrence (Domat Montchrestien, 2013 and 2018), a monograph which was awarded the prize for the best law book of the year at the Constitutional Court in France. In 2005 he was a member of Harvard Law School’s Visiting Researchers Programme. Nicolas Petit’s work has appeared in numerous journals including the Antitrust Law Journal, the European Law Review, the Review of Industrial Organization, the Columbia Journal of European Law and the Fordham Intellectual Property, Media & Entertainment Law Journal. Nicolas Petit is the 44th top SSRN author in the category “Law”. Since 2017 he is a member of the European Commission High Level Expert Group on Artificial Intelligence.

I share below a quick analysis of the Opinion of Advocate General ("AG") Saugmandsgaardoe in Deutsche Telekom and Slovak Telekom (DT & ST) v Commission (C-152 and 165/19 P). The legal issue at the heart of the case giving rise to the Opinion is the following: can a firm without an (...)

Since the Airtours saga, the European Union ("EU") law on collective dominance has entered into a period of relative repose. The shift from a structural approach to a more behavioral, game-theoretic approach is now embraced by the EU Commission, which has incorporated the case law of the EU (...)

In 2007, an entrenched U.S. antitrust law standard was struck down: in Leegin, the U.S. Supreme Court wiped out the 96 year old rule of per se illegality of resale price maintenance (hereafter, “RPM”) . Whilst Leegin marks a clear relaxation of the law on RPM, such practices are still viewed (...)

Nicolas Petit The EU Director General for Competition states that restrictions of competition by object constitute serious, but not always manifest violations of law

The Unintended Consequences of the Case Law on Restrictions by Object* On second thoughts, the recent bad case law on the notion of “restriction by object” may incidentally, and unexpectedly, fetter the margins of the Commission, and in particular its ability to handle all cases under the obese (...)

Flatline* I recently had the opportunity to sift through the recent case-law of the Court. The CJEU ruling in Allianz Hungary, C-32/11 stands out. Our Lords again blurred the object/effect distinction. The Court held that “object” restrictions can be established by proof of anticompetitive (...)

Nicolas Petit The EU Commission finds in a case concerning e-books that, given the nature of the relevant product, concerted practices covering a substantial part of the EEA may affect interstate trade (E-Books)

Sad but true* I love commitments decisions because they are a quick read. But I also hate dislike them because they leave the reader angry hungry for more. Some evidence: in the E-Books case, the effect on trade condition was deemed fulfilled under the simplest possible sort of analysis: (...)

There’s no way, but the hard way* The Commission’s Draft Proposal for a New Regulation on Credit Rating Agencies (“CRAs”) is just out. It enshrines a whole host of competition-related remedies (see text at the end of this post). Amongst the proposals on the table: • A limitation of the (...)

Nicolas Petit The EU Commission assesses whether a company in the online search market has abused its dominant position under Art. 102 TFEU (Microsoft / Google)

Microsoft v. Google – Clash of the Titans* On Behalf of the Antitrust Community, A Big Thank You – Antitrust law professors should be grateful to Microsoft (hereafter, “MSFT”). As a repeat offender of the competition laws, MSFT has provided scholars with loads of research and educational material (...)

Information Exchange and Cartels – Dangerous Liaisons?* Are information exchanges really = cartels under EU competition law? The issue has triggered many discussions on the blog lately. I just thought I’d post my own ruminations on this. The Guidelines do not really say that information (...)

Hungry for More?* Apologies for the long post, but I have several remarks to add to my former post under Tomra v. Commission: •Priority-setting – As most of you know, this judgment confirmed a Commission Decision of 2006, in which Tomra, a producer of reverse vending machines used for (...)

Kelly Digneffe, Nicolas Petit The Belgian Competition Council finds a non-profit association guilty of price fixing but does not impose any fine (AIAB)

1. Parties The present case arose from a complaint lodged by Review Applications of Communication (“RAC”), a firm active in communications applications before the Belgian Competition Council (“the Council), against a non-profit association, the Association of Interior Architects of Belgium (...)

I. Parties VEBIC is a professional association which comprises as its members all the Flemish provincial associations of bakers. Amongst the various activities it carries out on their behalf, VEBIC publishes a magazine entitled “Passie”. II. Facts Until 1 July 2004, the price of breads in (...)

1. Parties The present case arose from three complaints lodged in 1998 by several retail pharmacy outlets before the Belgian Competition Council (“the Council”). The complaints were directed against the Belgian Pharmacists Association as well as various local pharmacists association (...)

"The Last Hundred Days Strategy"- Is the Qualcomm Case Over?* Milton Friedman and his wife Rose Friedman are known for having theorized that recently elected governments generally enjoy a period of political immunity following elections, which allows them to push reforms, including tough ones, (...)

Twilight of the Idols* The Van den Bergh Foods case, aka the Ice Cream case, if often cited as one of the best Article 101 TFEU judgments ever handed down by the General Court. Many praise its modern, unformalistic approach of vertical ties. They like its focus on the economic magnitude of (...)

This short paper argues that the Covid-19 crisis provides an opportunity for improvements in long term growth in the EU by allowing the exit of zombie firms that trap industries into low productivity cycles, limited technology diffusion, and weak economic dynamism. To seize this opportunity, (...)

Nicolas Petit Innovation competition and merger policy: New? Not sure. Robust? Not quite!

In this short piece, I critically discuss the development of harm to innovation as a theory of anticompetitive harm in EU merger policy, following the conditional approval of the Dow/Dupont in 2017. In the last few years, the European Commission’s (the “Commission”) assessment of horizontal (...)

Case 1 was dedicated to the practices of search engines in the scope of Chinese, American and European laws. An economist has also shared his point of view on the matter. 1. Rant is a particularly efficient search engine, present in all countries of the world. In the search engine advertising (...)

Enthused by China’s conversion to the free market system in 1978 and its adoption of Western-style market institutions, the world has spent the last few decades turning a blind eye to China’s real “governance” problem: that a shadow Party-State system permeates all branches of the economy. Whatever (...)

The 2009 decision of the EU Commission imposing a €1.06 billion fine on Intel, and the subsequent judgment of the General Court (GC) upholding the decision have sparked an intense debate as to the way Article 102 TFEU should be applied. This On-Topic adds to the fervent discussion with (...)

Nicolas Petit About conflicts of interests in EU competition proceedings

The debate over the compatibility of EU competition enforcement with Article 6 ECHR is far from over. Whilst there has been a great - some would say excessive - deal of papers on due process issues, less, if none attention has been paid to the rules and remedies that govern conflicts of (...)

Nicolas Petit How much discretion do, and should, competition authorities enjoy in the course of their enforcement activities? A multi-jurisdictional assessment

On 8 July 2009, the European Commission’s released its long-awaited Final Report on its Pharmaceutical Sector Inquiry. The Final Report suggests that the shortcomings of the regulatory framework are a key explanatory factor for delayed generic entry and limited innovation. Meanwhile the Final (...)

A little more than to years following its inception, this article seeks to assess whether the new Belgian competition law of 2006 has delivered its purported ambitions. We come to the conclusion that, on three core aspects, the reform has not (yet?) reached its ambitious goals. First, whilst (...)

Nicolas Petit Non-competition concerns under the ECMR - An overview

QUESTIONS : 1. Since April 2007, you are the Director General of the Belgian Service for Competition. Prior to this, you were a Partner in a major international law firm, as well as a Professor at the Katholieke Universiteit Leuven. Could you please come back on the reasons which induced you (...)

2180
Number of readings per contribution