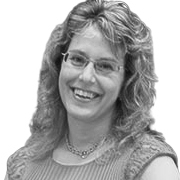 Prof. Michal Gal is Director of the Law and MBA Program, and Co-Director of the Forum on Law and Markets at the Faculty of Law, Haifa University, Israel. She is a Global Hauser Visiting Professor, NYU School of Law and Dean’s Visiting Professor at Georgetown University (2007-8) and will be a Visiting Professor at the University of Melbourne, Australia, in 2009. She was also a visiting scholar at Columbia University School of Law. Dr. Gal’s research focuses on competition law and policy. She is the author of the book Competition Policy for Small Market Economies (Harvard University Press, 2003) and main author and co-editor of The Law and Economics of Israeli Competition Law (Nevo, 2007, Hebrew). She also published many scholarly articles on competition law issues, including oligopoly pricing, the conditions for antitrust in developing economies, the political economy of antitrust, and the globalization of antitrust. She gave talks and presented papers in numerous conferences and colloquiums. Dr. Gal served as a consultant to several international organizations (e.g. OECD, UNCTAD) on issues of competition law in small and developing economies and is a non-governmental advisor of the International Competition Network (ICN). She also advised several small economies on the framing of their competition laws. Dr. Gal received her J.S.D. and LL.M. in law from the University of Toronto. Both her thesises won the Alan Marks Medal for best thesis. She received her LL.B. from Tel Aviv University, magna cum laude, and clerked in the Israeli Supreme Court. Dr. Gal has won many grants and prizes for her research, including the Zeltner award for young researcher in 2004 and the GIF for young scientist, 2006. She also won several teaching awards.

Algorithmic antitrust is almost everywhere! It’s in the doctrine; to start with, Google Scholar features more than 16,000 related articles. It’s also in competition agencies and international institutions which have published numerous reports on the subject. Where it is not, however, is in the (...)

The question of how size affects optimal competition law generates increasing interest. Accordingly, this special issue of the Revue Concurrences includes some of the papers presented at the conference on competition law in small economies. In this essay, Prof. Gal argues that, the size of an (...)

1990
Number of readings per contribution