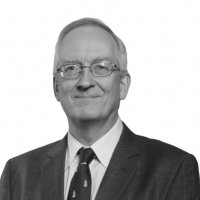 Maurits J.F.M. Dolmans is a partner at Cleary Gottlieb Steen & Hamilton LLP based in the London office. Mr. Dolmans’ practice focuses on EU, UK, and international competition law, as well as online regulation, intellectual property law, and sustainability. Mr. Dolmans has extensive experience in the information technology, telecom, media and entertainment, as well as in energy, medical devices, chemicals and manufacturing industries. He appeared in proceedings before the EU Commission and the EU courts, national courts and national competition authorities of several Member States, and ICC and NAI arbitrations. Many of his competition cases involve abuse of dominance, licensing or refusals to license, European standardization, access to networks, mergers, joint ventures and other transactions in the IT, telecom and other areas, intellectual property arbitration and litigation, and sustainability. He has published widely in these areas. Mr. Dolmans is recognized by Chambers and Partners and other publications as one of the world’s leading Competition/Antitrust lawyers. Mr. Dolmans joined the firm in 1985 and became a partner in 1994. He received an LL.M. degree from Columbia University in 1985 and a Master of Laws from the Rijks Universiteit Leiden in The Netherlands in 1984. Mr. Dolmans is a member of the Bars in New York, Rotterdam and Brussels, and the Law Society of England and Wales. His native language is Dutch, and he is fluent in English and French. He also has a working knowledge of German.

The UK Competition and Markets Authority (the “CMA”) is consulting on its draft guidance (“Draft Guidance”) for its proposed Vertical Agreements Block Exemption Order (“VABEO”). It invites comments by May 5, 2022. The Draft Guidance largely maintains the status quo. There are, however, a number of (...)

On 20 July 2021, the UK Government announced that the National Security and Investment Act 2021, which was passed on 29 April 2021, will come into force on 4 January 2022. This new regime for review of investments on national security grounds will be among the most wide-ranging in the world. It (...)

Maurits J. F. M. Dolmans The Dutch District Court of Rotterdam hands down judgment in an appeal brought by an oil and gas company against a magistrate ruling regarding the scope of legal professional privilege (Royal Dutch Shell)

On January 28, 2021, the Rotterdam District Court handed down judgment in an appeal brought by Royal Dutch Shell (Shell) against an October 2019 magistrate ruling regarding the scope of legal professional privilege (LPP) over legal advice given by Shell’s in-house lawyers. The judgment is a (...)

On December 9, 2020, the Court of Justice of the European Union granted Canal+’s application to annul the European Commission’s decision under Article 9 of Regulation No. 1/2003 to adopt commitments offered by Paramount (the “Commitments Decision”). The commitments prohibited Paramount from (...)

On November 11, the UK Government proposed a new national security screening regime that would allow the Government to intervene in “potentially hostile” foreign investments that threatened UK national security while “ensuring the UK remains a global champion of free trade and an attractive place (...)

In September 2020, Competition Commissioner Margrethe Vestager announced that from mid-2021 the European Commission (“EC”) would “start accepting referrals from national competition authorities of mergers that are worth reviewing at the EU level – whether or not those authorities had the power to (...)

On 5 September 2020, the UK Government accepted undertakings from Gardner Aerospace Holdings Limited not to proceed with its proposed acquisition of Impcross Limited, a UK-based manufacturer of components for the aerospace industry (including for military aircraft). Gardner is owned by (...)

On 26 August 2020, the UK Supreme Court issued its judgment in a standard-essential patent (SEP) dispute between Huawei and Unwired Planet (see full alert memorandum). Unwired Planet is a patent assertion entity that acquires and licenses patents. In 2013, it acquired telecoms patents from (...)

On August 11, 2020, a Ninth Circuit panel reversed the District Court for the Northern District of California’s judgment in FTC v. Qualcomm, Inc. The panel held that Qualcomm’s conduct—(a) refusing to license its standards essential patents (SEPs) to rival chipset manufacturers; (b) refusing to (...)

The CMA’s Guidance on applications for leniency and no-action in cartel cases provides detailed guidance on the principles and process for leniency applications. On 30 July 2020, the CMA invited comments on a proposed addendum to clarify the way the CMA will exercise its discretion in relation (...)

On 22 June 2020, the UK Government introduced new measures allowing it to intervene in merger transactions “to maintain in the United Kingdom the capability to combat, and to mitigate the effects of, public health emergencies." The Government will be able to intervene on these grounds in any (...)

The COVID-19 pandemic has led to extreme demand and price volatility for certain products, as well as fluctuations in firms’ costs. As firms struggle to manage these changes, agencies are aggressively seeking to show they are preventing consumer exploitation—for example, as a result of (...)

On 1 April 2020, the CAT published a summary of an application to commence collective proceedings under section 47B of the Competition Act 1998. The application was filed by Mark McLaren Class Representative Limited, a special purpose vehicle, alleging losses arising from the European (...)

In 2015, the EU Interchange Fee Regulation (the “IFR”) introduced price caps on the interchange fees paid between banks for processing credit and debit card payments. These fee caps attempt to address concerns identified in a series of antitrust investigations into Visa and Mastercard through (...)

On October 17, 2017, the UK Government published legislative proposals that would give it greater powers to intervene in mergers that raise national security considerations or involve national infrastructure. In the short-term, any transaction involving a party active in the manufacture or (...)

(“CJEU”) set aside General Court’s 2014 Intel judgment, upholding a European Commission (the “Commission”) decision fining Intel €1.06 billion for abuse of dominance through exclusivity rebates . The CJEU held that the General Court had erred in failing to examine all of Intel’s arguments calling (...)

On May 18, 2017, the European Commission (the “Commission”) fined Facebook €110 million for providing incorrect or misleading information during its 2014 investigation of its acquisition of WhatsApp The magnitude of the fine dwarfs the few penalties the Commission has imposed in the past for (...)

In September 2016, the Competition and Markets Authority (“CMA”) launched a Market Study into digital comparison tools (“DCTs”). On March 28, 2017, the CMA published an update on the Market Study setting out its preliminary findings and areas of focus for the second part of the Market Study. The (...)

The Damages Directive seeks to promote private enforcement of EU competition law before national courts across the European Union (the “EU”). The UK Regulations implementing the Directive were laid before Parliament on 20 December 2016 but will not come into force until after they have (...)

I. Introduction The last decade has seen Internet-based “disruptive innovation” in many sectors of the economy, not least communications, media, advertising and retail. This unprecedented development has brought about changes that would have been unimaginable until very recently: Websites, (...)

In this On-Topic issue we have invited prominent competition lawyers and economists – from academic, judicial, enforcement and practice sides of the profession – to discuss a book by two leading antitrust thinkers. The book ’Competition Overdose: How Free Market Mythology Transformed Us from (...)

“Fairness” in EU competition law is hotly debated. This article explores the concept from a sociological, philosophical, and legal perspective, and suggests there is a fairness paradox: while competition law should reflect the values of fairness, if fairness were actually employed in substantive (...)

We are enjoying the benefits of the IT revolution over the last few decades—free online searches, free social media, free smartphone software, and constant innovation. At the same time, the online environment is more and more dominated by a handful of IT giants. Digital consolidation is (...)

901.6
Number of readings per contribution