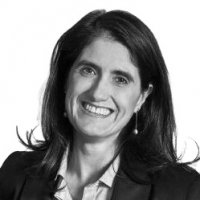 Marta Giner is an antitrust lawyer based in Paris. She specialises in competition and European law. She is partner at Norton Rose Fulbright (Paris). Marta regularly participates in litigation before the French and Community authorities and courts; in particular, she has been involved in several cases of abuse of dominant position, for example in the press distribution and pharmaceutical sectors and has alternatively acted for incumbent operators and new entrants. She has assisted clients during visits carried out by competition authorities, as well as in the proceedings contesting these visits, and was involved in a litigation which led to the full cancellation of the seizures carried out by French authorities in a client’s premises. She regularly deals with merger cases both at the French and Community authorities as well as in transactions requiring notification in several countries. She also has experience in the field of selective distribution and was actively involved in the process for the review of the vertical restraints block exemption regulations, on behalf of a luxury client. Marta has previously worked for a number of other leading law firms in France. She is a Member of the Association des Avocats Pratiquant le Droit de la Concurrence (APDC), the Association Française pour l’Etude de la Concurrence (AFEC), the International Bar Association (IBA) and the Chambre de Commerce Espagnole en France (COCEF). Marta studied law at the University of Essex, LL.M. International Trade Law (1998), the University of Paris X Nanterre, D.E.S.S. Droit du Commerce International (1996), the University of Paris XII Créteil, D.E.S.S. de Juriste d’Affaires (1995) and the University of Valencia, Spain, Licenciatura en Derecho (1994). She was admitted to the Spanish bar in 1996 and to the Paris bar in 2002.

Robin Adelstein, Amanda L. Wait, Richard A. Wagner, Ian Giles, Jay Modrall, Marta Giner Asins The US FTC announces the formation of a working group to examine the US, Canada, UK, and EU agencies’ approach to mergers in the pharmaceutical sector

Introduction More than four years after the enactment of the new competition laws of June 2014, the new Competition Council, institutional cornerstone of the new regime, is finally active since all its members were appointed on December 17, 2018. The long awaited new antitrust and merger (...)

The European Competition Network (ECN), which is well-known as an effective mechanism of cooperation for the application of articles 101 and 102 TFEU, is not extended to merger rules. However, the need for cooperation in this area encouraged the Commission and the national competition (...)

1222.4
Number of readings per contribution