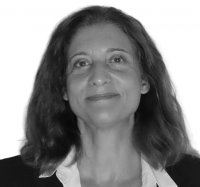 Laurence Folliot-Lalliot, a French national, is full Professor of Public Law at the University of Paris Nanterre, where she served as Director of the Public Law Research Centre (CRDP), and Co-Director of the Master’s Degree in Law and Economics. She participates in the GOMAP directorate team (Master’s degree in public procurement governance organized by the International Labor Organization, Sciences Po, and the University of Turin and she teaches at the ARMP of Senegal. She is part of the steering committee of the Public Contracts in Legal Globalization Network. She worked with the World Bank as a Senior Legal Counsel in Public Procurement from 2009 to 2012. Since then she has been a consultant on procurement and PPP reforms in several countries, working with International Organizations such as the WB, the OECD, and the EU. Expert working with the French delegation of the United Nations Commission on International Trade Law (UNCITRAL) on the preparation of the UNCITRAL Legislative Guide on PPP (first version, 1996‑2003), as invited expert she has also contributed to the preparation of the second version (2013-2019). In the serie published by the Public Contracts Networks, she co-edited (with Prof. Simone Torricelli) the book: Contrôles et contentieux des contrats publics – Oversight and Challenges of Public Contracts, (Bruylant, 2018). With Professor Chris Yukins this spring she co-hosted a serie of webinars on Public procurement and the Covid Crisis available at publicprocurementinternational.com.

Laurence Folliot Lalliot International Trade: The European Parliament and the Council adopt a new trade policy regulation restricting access to its public procurement markets and concessions by operators and products from third countries

Two recent decisions deserve to be presented together because they clarify the contours of European public procurement contract law at a time when certain Single Market players are increasingly tempted by protectionist reflexes. Their echo is particularly strong in France, where there has been (...)

The OECD published in 2017 the first classification system for non-tariff barriers in access to government procurement. In order to compare legal and economic analyses of non-tariff measures, the author of this Chronicle was involved in the preparation of this Methodology as a lawyer (...)

With Article 2 of the Ordinance of 23 July 2015, French law has never so clearly displayed European preference in public procurement. In transposing the 2014 directives, the French Government wanted to take advantage of new provisions that broke with the ambiguity of previous texts in order to (...)

Laurence Folliot Lalliot PPP : The UN Commission on International Trade Law (UNCITRAL) decides not to create a Working Group on the preparation of a Model Law on Public Private Partnership

At the crossroads between private and public law, domestic and international law, Public-Private Partnership contracts are attracting attention and whetting appetites. Sometimes praised as miracle solutions to boost the development of the poorest countries or the economy of the richest, (...)

322
Number of readings per contribution