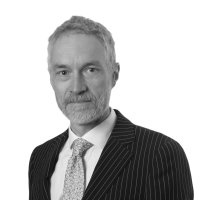 Kai Struckmann is the leader of the EU Law and State Aid Center of Excellence within Deloitte Central Europe. He has been practicing EU law at institutional level as well as private practice for more than 20 years. He advises and litigates on a broad range of questions, with a focus on competition law and State aid, and is recognised by Who’s Who Legal in its Global Elite ranking as a thought leader for Competition - State aid. He has extensive expertise concerning the application of the EU competition and State aid rules in the energy sector and their interaction with the EU regulatory regime and is the co-author of the energy chapter in the compendium "EU State Aid Control – Law and Economics" published by Wolters Kluwer. Kai’s experience in antitrust includes his involvement in major investigations in the energy sector, including subsequent EU litigation, as well as cartel settlement cases. In addition, he has a strong track record in representing clients before the EU courts in Luxembourg, where he has been involved in many actions. His previous court experience includes the landmark Micula case, involving State aid and arbitration, as well as representing a leading global social media platform in two high-profile preliminary reference procedures originating from Austria, on matters of jurisdiction, consumer protection, personal rights, and free speech. Prior to joining Deloitte Legal, Kai practiced law with White & Case where was a partner in the EU practice of the firm. Earlier, he worked at the European Commission’s Directorate General for Competition where he was responsible for the enforcement of State aid policy.

In anticipation of the wave of requests from stricken companies due to the COVID-19 outbreak for more long-term State support, on 8 May, the Commission extended the scope of its State aid Temporary Framework to allow Member States to take stakes in non-financial companies affected by the (...)

On 3 April, the Commission adopted an Amendment to extend the Temporary Framework for State aid measures to support the economy in the COVID-19 outbreak adopted on 19 March (covered in our previous alert: European Commission publishes its emergency COVID-19 State aid rules and rapidly approves (...)

The European Commission has now adopted a Framework of temporary State aid rules enabling Member States to adopt measures to support the growing number of businesses suffering because of the COVID-19 outbreak. This is the first time since the 2008 financial crisis that the Commission has (...)

As the number of businesses around the EU affected by the COVID-19 outbreak grows, many Member States are considering or have announced substantial supporting packages in an effort to limit the impact of the outbreak on the economy. Across the EU, measures vary, from governmental loans and (...)

On Thursday, 28 March, the European Court of Justice of the European Union (ECJ) annulled the General Court’s ruling and the European Commission’s decision on the EEG 2012 on the grounds that it was wrong to conclude that the funds generated by the EEG surcharge constituted State resources. In (...)

The European Commission (“EC”) has long sought to eliminate so-called harmful tax competition, which it sees as undermining the integrity of the internal market, fair competition and the fiscal sustainability of the Member States. Although the EU Member States remain sovereign in this area, over (...)

On 21 February 1991, the Court issued a preliminary ruling confirming that national courts may suspend the enforcement of national administrative measures implementing Community [EU] regulations and setting out uniform conditions under which national courts may adopt such interim measures. The (...)

345.9
Number of readings per contribution