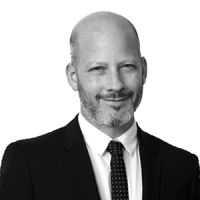 John Harkrider is a Partner at Axinn in New York. As a founding member of Axinn, he has worked on a variety of large cases over the past two decades, including the recreation of AT&T (representing BellSouth in its acquisition by AT&T, and Cingular in its acquisition by AT&T Wireless), the antitrust analysis of Standard Essential Patents (representing Google in both its acquisition of Motorola Mobility as well as the FTC’s investigation into Google and Motorola’s use of Standard Essential Patents). He represented Google in its acquisition of ITA Software as well as NEST. He has acted as global coordinating counsel on some of the largest cross-border transactions, including Thermo Fisher’s $13.2 billion acquisition of Life Technologies, Ball’s $6.7 billion acquisition of Rexam PLC, and Dell’s $67 billion acquisition of EMC. He has also litigated in a number of merger challenges against the Government (SunGard/Comdisco, Tyson/George’s and Omnicare/Pharmerica), for the Government (including WorldCom’s attempted acquisition of Sprint), and against private parties (Stanley/Newell and Vantico/Apollo). And he has also argued a number of Sherman Act cases, including SawStop on behalf of Stanley Black and Decker, and the Growers Antitrust Litigation on behalf of Tyson.

Chad A. Landmon, Donald W. Hawthorne, John D. Harkrider The US FTC votes to file a complaint in federal court after discovering a merged firm’s failure to provide complete clearance paperwork in an HSR filing and subsequent price increases after a merger in the market for pharmaceutical databases (Hearst / Medi-Span)

On April 4, 2001, the Federal Trade Commission (“FTC”) took the unusual step of voting to file a complaint in the United States District Court for the District of Columbia against The Hearst Trust, its subsidiary The Hearst Corporation, and First DataBank, a wholly owned subsidiary of The (...)

1455.4
Number of readings per contribution