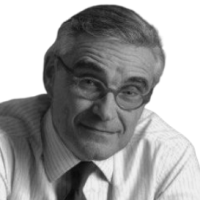 Patrick Hubert, a Paris-based partner in the Antitrust & Competition group, brings decades of legal experience and innovation in both private practice and government, with experience ranging from acting as chief of staff to the French Minister of Justice, to being general counsel and chief investigator with the French competition authority, and from acting as a judge with the Conseil d’Etat (French Supreme Administrative Court) to even publishing a paper as a cell biologist (when very young). This breadth of experience has allowed him to become a leading authority in the field of antitrust, but his background helps him borrow ideas from anywhere – finding imaginative solutions for the legal and business challenges his clients face. Patrick has long been a trailblazer in his field. For example, years before private compliance programs became commonplace, Patrick persuaded his clients to dedicate resources to compliance policies, thus being one of the first to encourage proactive rather than strictly reactive actions. In France, he was one of the first to launch antitrust recovery claims and to work on a private standalone claim, without any precedent from the regulator. Acting on the plaintiff side, he obtained the highest fine ever imposed on a dominant company, a record that has remained unchallenged so far. He is currently handling private claims totaling more than 5 billion euro, advising global tech companies and other multinationals in French and EU competition matters, including merger control filings, cartel and abuse of dominance investigations, state aid and compliance work, as well as private damages actions before the French courts. In addition, he serves as vice chairman of the competition commission of the International Chamber of Commerce and chairs its merger control working party.

The principles developed by the EU courts in relation to liability for competition law infringements may potentially create important risks for companies in the framework of their M&A transactions. For this reason, antitrust due diligences have become an essential tool allowing companies to (...)

The fourth roundtable of the conference “New frontiers of Antitrust” (Paris, 22 February 2013) was dedicated to "Industrial policy: Can a pro-competition industrial policy exist?". In the first contribution, Frederic Jenny specifies the notions in the matter. Jorge Padilla, author of the second (...)

Interview conducted by Patrick Hubert and Marie de Drouas, Clifford Chance. 1. Can you remind us of your professional and academic background? While studying history at the Ecole Normale Supérieure (Saint Cloud), I discovered the works of great economists, first and foremost Smith, Hayek, (...)

This article focuses on the implications for companies of the French competition Authority’s advisory practice, especially those arising from its new power of self-referral. It also provides them with practical tips in order to ensure that the Authority has perfect information and sufficient (...)

Whilst the prohibition of exploitative abuse - in particular, of excessive pricing - is normally the most protective of consumers, it is the least frequently prosecuted offence. This paradox, which is justified by the existence of strong conceptual objections and practical difficulties, may (...)

Reasons and limits of public bodies acting as economic undertakings Michel PINAULT Public authorities, through their power both as potential producers of goods and services and as purchasers of these same goods, are in a fairly central position in the competitive game in our country and more (...)

This study is a report of the new French Competition Authority’s first year of activity. It is based on the decisions and advices issued by the authority and on an "investigation", during which some users made observations, which they confronted to the initial objectives of the reform. This (...)

1575.5
Number of readings per contribution