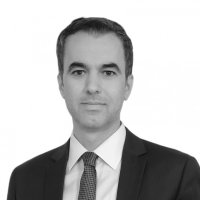 TCA Hits Banks With Record Fines* In Friday evening (8 March 2013), after the closing of stock exchange, the TCA has announced its long-awaited decision regarding major banks of Turkey. The TCA hits 12 major banks with record fines totalling 1,11 billion Turkish liras (around 480 million (...)

Largest Cartel Fine by the EU Commission* The EU Commission imposed fines on producers of TV and computer monitor tubes a total of € 1.47 billion for two decade-long cartels that operated worldwide (The press release is available here). Members of cartels include major firms like Philips, LG, (...)

The TCA Fined Toyota Dealers* According to the press release published yesterday (23 November 2012), the TCA imposed fines on nine Toyota dealers that are active in Istanbul. Total amount of the fines is 3.942.906,72 TL about 1.714.000 Euros. It was held by the TCA that infringement was (...)

TCA Fined Steel Straps Producers* According to the press release published today, Turkish Competition Authority (the TCA) imposed fines on two undertakings for bid-rigging, price-fixing, and information sharing on steel straps market. Although the details of the case has not been publicized (...)

Stories on the Fining Regulation (1): Can Anyone Spot The Difference?* The story begins in January 2008 by the amendments made to the Competition Act. These amendments mainly contain the inclusion of the leniency and the possibility of imposition of fines on individuals. Apart from that, the (...)

Stories on the Fining Regulation (2): A New Hope?* In the episode IV of the epic movie Star Wars, Luke Skywalker shows up to restore justice in the galaxy before all hopes are wiped out by the tyrannical Darth Vader, formerly known as Anakin Skywalker who is the father of Luke. At this point, (...)

140.7
Number of readings per contribution