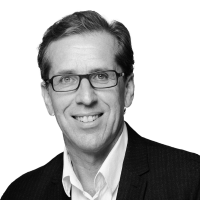 Dr Hans W Friederiszick is a managing director at E.CA Economics, member of the faculty of ESMT Berlin and a former member of the chief economist team at DG Competition. Dr Friederiszick has extensive experience in advising clients in all fields of competition economics (cartels, merger cases, abuse of a dominant position and state aid cases) and has lead economists teams on international antitrust investigations. He has been retained as an economic expert in the German, UK and other European courts. Leading casework includes the multi-billion-euro merger between Holcim and Lafarge as well as EDEKA’s closely watched acquisition of rival Kaiser’s Tengelmann in Germany (which was resolved through ministerial approval). Dr Friederiszick has provided support to Telefónica in the Vodafone/ Unity Media Merger and to Remondis, most recently, on the takeover attempt of Duales System Deutschland. He has additionally received widespread recognition for his private litigation work in cases addressing the synthetic rubber, the air cargo and credit card sectors (claimant side), as well as the smart-card chip and fast-moving consumer goods sectors (defendant side). He won a large-scale framework contract supporting the European Commission, where he worked as a consortium leader on the EC fitness check of various state aid guidelines. Dr Friederiszick is a Research Fellow at ESMT Berlin. He has published widely and is a regular speaker at international antitrust conferences. Recent publications address regional state aid (in Werner/ Verouden: EU State Aid Control. Law and Economics), the economic analysis in European competition law (NOMOS Kommentar, Europäisches Wettbewerbsrecht) and cartel litigation activity (Journal of Antitrust Enforcement).

Introduction The classification of resale price maintenance (RPM) within a competition law context has been the subject of controversy for decades. Until recently in the US, RPM - in its form of a minimum or fixed resale price - was considered illegal per se. In 2007 the US Supreme Court in its (...)

1298.2
Number of readings per contribution