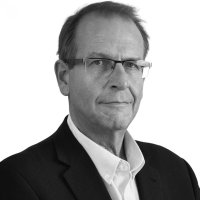 George Siotis is an Affiliate Consultant with Compass Lexecon and Associate Professor of Economics at Universidad Carlos III de Madrid. Georges earned his Masters of Advanced European Studies from the College of Europe (Bruges) and his Ph.D. from the Université Libre de Bruxelles (ECARES). He teaches Competition Policy (undergraduate) and Empirical Industrial Organization (graduate) at the Universidad Carlos III de Madrid. Georges’ academic research focuses on the empirical analysis of competitive processes. He has written numerous papers on competition policy and industrial organization published in peer-reviewed academic journals. During 2008-2011, he was a member of DG Competition’s Chief Economist Team, where worked on the development of horizontal policies. He actively participated in a number of high-profile merger, antitrust, and State aid cases. Prior to joining Compass, Georges acted as an independent consultant for Spanish and non-Spanish firms and provided expert testimony in Court. He was involved in the first damages case in Spain (Conduit case). Currently, he is active in the Trucks litigation as well as ongoing 101 and 102 cases.

Neven and Siotis (2020) analyse the foreclosure of generic by incumbents in the pharmaceutical industry. They argue that, in principle, there is no impediment involved in conditioning market definition and the analysis of dominance and abuse thereof on the nature of the infringement under scrutiny. First, they note that market delineation aims to identify the transactions affected by anticompetitive behaviour. In the case of foreclosure, the transactions are those that would take place if entry were not blocked. Second, the first mover advantage conferred by incumbency is a source of "economic strength" that allows the firm to "behave to an appreciable extent independently of its competitors". Third, foreclosure amounts to altering the market structure that would prevail absent the abuse, thus hindering the growth of competition. Finally, they note that, in the context of generic foreclosure, carrying out the competitive analysis contingent on the nature of the infringement establishes a meaningful link between dominance and its abuse.

3786
Number of readings per contribution