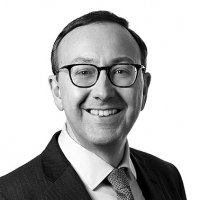 François-Charles Laprévote is a partner with Cleary Gottlieb, based in the firm’s Brussels office. Mr. Laprévote’s practice focuses on European competition and international trade law, including merger control, State aid, cartel investigations, market dominance and trade defense instruments. Mr. Laprévote has advised financial institutions in several major State aid cases related to the current economic and financial crisis, including Dexia in all aspects of its restructuring and orderly resolution and BNP Paribas in its acquisition of Fortis Bank. Mr. Laprévote has also advised and represented corporate clients and financial institutions before the European Commission or national authorities in numerous antitrust or merger control cases, including an investigation by the European Commission in the LCD sector; NYSE Euronext in its contemplated merger with Deutsche Börse and Google in the French Competition Authority’s investigation of online advertising. Mr. Laprévote also represented clients before European Courts in several litigation cases, including Veolia in connection with its acquisition of SNCM and the European Central Bank in connection with its localization policy regarding CCPs. Mr. Laprévote has represented clients before the European Commission in a number of trade defense investigations, including in the monosodium glutamate, aluminium foil and WWAN modems sectors. He is a member of the International Chamber of Commerce (ICC)’s Committee on Trade and Investment. Mr. Laprévote joined the firm in 2007 and became a partner in 2013. From 2005 to 2007, he served as the economic adviser of the French Minister for European Affairs. From 2002 to 2005, he was a detached national expert in the Directorate General for External Trade of the European Commission, where he was in charge of negotiations on services and investment. From 1998 to 2002, he served at the Inspection Générale des Finances, the internal auditing and consulting body of the French Ministry for Finance. Mr. Laprévote graduated from the French Ecole Nationale d’Administration (ENA) in 1998 and from the Institut d’Etudes Politiques (Paris) in 1993. Mr. Laprévote received a maîtrise in European and International Law from the University of Paris (Assas) in 1994. Mr. Laprévote is a member of the Bars of Paris and Brussels. Mr. Laprévote’s native language is French. He is fluent in English, proficient in German and has a rudimentary knowledge of Spanish and Dutch.

On April 28, 2022, the French Competition Authority (“FCA”) unconditionally cleared the acquisition of home furnishing retailer Conforama by Mobilux, the parent company of competitor But Group. The FCA applied the failing firm defense for the first time. Background On July 8, 2019, Mobilux (...)

On March 23, 2022, the Commission adopted a Communication setting out a temporary framework for the implementation of State aid rules to support the economy following the conflict in Ukraine (the “Temporary Crisis Framework”), shortly after consulting with the Member States. The Temporary Crisis (...)

The European Commission (“EC”) recently published its first annual report on the new European cooperation mechanism regarding the screening of foreign direct investment (“FDI”) into the EU (the “Report”). The Report shows that four out of every five FDI filings screened at the EU level were quickly (...)

On May 5, 2021, the European Commission (“EC”) proposed a new draft regulation that, if adopted, would introduce sweeping measures aimed at controlling the impact of foreign subsidies on the EU single market (“Proposed Regulation”). The Proposed Regulation reflects the EU’s policy priority to (...)

François-Charles Laprévote, Giuliana D’Andrea The EU Commission expands for the fifth time the scope of the State aid Temporary Framework to support the economy in the context of the COVID-19 outbreak

On January 28, the Commission extended and expanded for the fifth time the scope of the State aid Temporary Framework to support the economy in the context of the COVID-19 outbreak (the “TF”). Based on the January 28 amendment (the “Amendment”), all TF provisions, including recapitalization (...)

François-Charles Laprévote, Theodora Zagoriti The EU Commission extends for the fourth time the State aid temporary framework to support the economy in the context of the COVID-19 pandemic

On October 13, the Commission extended and expanded for the fourth time the scope of the State aid Temporary Framework to support the economy in the context of the COVID-19 outbreak (the “TF”).. Based on this amendment, all TF provisions are extended until June 30, 2021 while the section on (...)

On July 23, 2020, the French Government published a Decree and a Ministerial Order to temporarily reduce the threshold for review of nonEU/EEA investments in French listed companies in the context of the COVID-19 pandemic. As explained by the French Minister for the Economy, “[w]hile most (...)

On July 15, 2020, the European Union’s second- highest court, the General Court (the “Court”), annulled the 2016 decision of the European Commission (the “Commission”) ordering Ireland to recover €13 billion (€14.3 billion with interest) in back-taxes from Apple which the Commission considered to be (...)

The COVID-19 pandemic creates unprecedented issues for businesses and the global economy as a whole. The antitrust community is at the early stages of reacting to the situation: agency staff are working hard to keep the wheels on their existing workload, while taking steps to alleviate immediate supply and liquidity issues; meanwhile, the antitrust bar has started to debate with characteristic alacrity the appropriate short, medium, and even long-term responses to the challenges raised by the outbreak.

In a March 25, 2020 communication, the European Commission (“EC”) issued guidance on the screening of foreign direct investments (“FDI”) in the context of the COVID-19 pandemic. The communication identifies an increased risk of attempts by non-EU acquirers to obtain control over suppliers of (...)

François-Charles Laprévote, Theodora Zagoriti, Giulio Cesare Rizza The EU Commission adopts a Temporary Framework to support the economy in the context of the COVID-19 outbreak

On March 19, the Commission adopted a communication (the “Temporary Framework”) setting out a temporary framework for the implementation of less stringent State aid rules in order to support the economy in the context of the COVID-19 outbreak. Given the limited size of the EU budget, most of the (...)

Recognizing the serious economic consequences that the COVID-19 crisis may create, on March 12 the Commission approved within 24 hours of notification a COVID-19 related measure in Denmark aimed at compensating event organizers for losses caused by cancellations. Following this initial ad hoc (...)

François-Charles Laprévote, Richard Pepper, Séverine Schrameck, Aurèle Delors The EU Parliament and Council enact a regulation establishing a framework for the screening of foreign direct investments into the EU

On October 11, 2020, the EU Foreign Direct Investment Regulation—which establishes a European framework for the screening of foreign investments into the European Union— entered into force. The legislation attempts to address growing concerns (compounded by the COVID-19 pandemic) regarding (...)

(“CJEU”) set aside General Court’s 2014 Intel judgment, upholding a European Commission (the “Commission”) decision fining Intel €1.06 billion for abuse of dominance through exclusivity rebates . The CJEU held that the General Court had erred in failing to examine all of Intel’s arguments calling (...)

On May 18, 2017, the European Commission (the “Commission”) fined Facebook €110 million for providing incorrect or misleading information during its 2014 investigation of its acquisition of WhatsApp The magnitude of the fine dwarfs the few penalties the Commission has imposed in the past for (...)

I. Introduction A. The "Temporary" state aid framework In 2008-2009, the Commission introduced a new, supposedly temporary State aid framework (the “Temporary Framework”) composed of several guidelines and based on Article 107(3)(b) of the Treaty on the Functioning of the European Union (...)

This first roundtable of the “New frontiers of Antitrust” conference held in Paris on June 13th 2016 was dedicated to the links between competition and trade policies in light of the ongoing negotiation of the TTIP between the European Union and the United States. After an introduction of (...)

This article analyses the interactions between trade defense and competition law in the EU. These two policies are often in contradiction with one another, not only due to the goals they pursue, but also due to their effects. There are mechanisms in EU trade defense law that allow the (...)

This set of two papers is derived from the training session on “Competition Policy and National Champions” organized by Concurrences Journal in Brussels the 15th July 2014. In the first paper, Damien Neven (professor of Economics at the Graduate Institute of Geneva) argues that a change in EU (...)

This article considers four recent European Commission decisions on key merger cases in which efficiencies played a significant role in the parties’ arguments—and were either partly accepted (Deutsche Börse/NYSE Euronext and UPS/TNT Express) or rejected (Western Digital/Viviti and Hutchison 3G (...)

1117.4
Number of readings per contribution