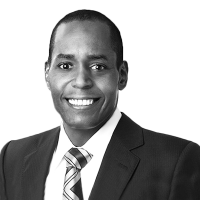 Mr. Grannon’s practice focuses on antitrust matters, including civil and criminal defense as well as counseling for mergers and acquisitions and settlements of pharmaceutical patent litigation. He also advises clients on the Foreign Corrupt Practices Act and the Foreign Sovereign Immunities Act. In 2010, Mr. Grannon was named one of the top ten antitrust lawyers in the United States under the age of 40 in Law360’s "Rising Legal Stars Under 40." That ranking noted, "Eric Grannon has a reputation for taking on the U.S. government in high-profile antitrust cases . . . ." Previously, the Global Competition Review named him one of the top "25 competition experts from 10 jurisdictions" to have passed through the "revolving door" between competition enforcement and private practice. Mr. Grannon returned to White & Case LLP after serving as Counsel to the Assistant Attorney General in charge of the Antitrust Division of the United States Department of Justice (DOJ). As a front-office Counsel, he formulated US antitrust enforcement policy and managed the civil and criminal investigations and court cases launched by the Antitrust Division. He ended his DOJ service with a detail as a Special Assistant US Attorney in the District of Columbia, trying twenty bench and jury trials as lead counsel. Mr. Grannon was lead counsel for two pharmaceutical companies successfully dismissing a "pay for delay" antitrust suit brought by the Federal Trade Commission (FTC) in In re AndroGel Antitrust Litigation (FTC v. Watson Pharms., et al.), 687 F. Supp. 2d 1371 (N.D. Ga. 2010). He also has counseled numerous pharmaceutical patent settlements that have avoided scrutiny by the FTC and class-action bar. Mr. Grannon was lead counsel for a semiconductor manufacturer in both the DOJ’s SRAM grand jury investigation, which concluded in no indictment, and the parallel class-action litigations. He was lead merger counsel for the acquisition by Iron Mountain, Inc. of Archives One, Inc. In addition to his win against the FTC in AndroGel, Mr. Grannon’s experience includes several other headline victories against the federal antitrust agencies, including US v. Stolt-Nielsen, FTC v. Schering-Plough, and US v. Sungard Data Systems. In private practice, Mr. Grannon has worked on six matters before the US Supreme Court, including as co-lead counsel for petitioners in the recent defense win in Stolt-Nielsen, S.A. v. AnimalFeeds Int’l Corp., 130 S. Ct. 1758 (2010), which changed US law regarding class arbitration. Mr. Grannon led the coordination of supporting amici curiae at both the petition stage and on the merits. In 2010, the Stolt-Nielsen Supreme Court victory won the Litigation Category in the Financial Times US Innovative Lawyers Report. Another leading publication featured the Stolt-Nielsen win in naming White & Case one of the top ten class-action defense firms in 2010. Mr. Grannon recently served as lead counsel for the Chamber of Commerce of the United States of America as amicus curiae in Jock v. Sterling Jewelers Inc., ___ F.3d ___ (2d Cir. 2011), a class-arbitration case turning on the application of Stolt-Nielsen.

Alison Perry, Adam Acosta, Eric Grannon, Kathryn Jordan Mims The US District Court for the Eastern District of California holds that California’s anti-reverse payment law is enforceable, but only against settlements negotiated or completed in California (Association for Accessible Medicines / Rob Bonta)

In February 2022, the US District Court for the Eastern District of California held that California Assembly Bill 824—which established a first-of-its kind presumption that certain pharmaceutical patent settlements are anticompetitive and which the California Attorney General had previously been (...)

On December 3, 2020, the Federal Trade Commission (FTC) published its annual report on pharmaceutical patent settlements filed with the FTC under the Medicare Prescription Drug, Improvement, and Modernization Act of 2003 (MMA)—its fourth annual review since the Supreme Court’s seminal decision in (...)

A Nov. 30 decision by the U.S. District Court for the District of Delaware, In re: Sensipar Antitrust Litigation, contradicts controlling U.S. Supreme Court precedent and, if followed, could have significant implications for patent settlements well outside the pharmaceutical context in which it (...)

Adam Acosta, Eric Grannon The US FTC and the FDA issue a joint statement and plan seeking to advance biosimilar competition and combat deceptive and anticompetitive practices in the biologic marketplace

On February 3, 2020, the Federal Trade Commission ("FTC") and the Food and Drug Administration ("FDA") issued a joint statement and plan seeking to advance biosimilar competition and combat deceptive and anticompetitive practices in the "biologic marketplace." As discussed below, the FTC and (...)

Eric Grannon, Nicolle Kownacki The US District Court for the Northern District of California jury finds two out of five defendants, all from Taiwan, guilty of conspiring to fix prices of thin-film transistor liquid crystal displays (AU Optronics)

464.7
Number of readings per contribution