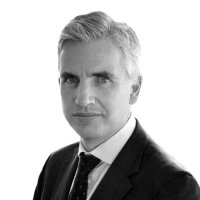 Bill Batchelor is Partner at Skadden. He has been described as “…a sensible lawyer who gives sound and to-the-point advice” by Chambers Europe 2009. Prior to joining the Firm, Mr. Batchelor worked for the DG for Competition of the European Commission, and spent six months with the UK Office of Fair Trading as part of the team that established the 1998 UK Competition Act. He has worked in the Firm’s Washington DC, London and Brussels offices. Mr. Batchelor has contributed to Butterworths Competition Law, Cartels Chapter, and Sweet & Maxwell’s IT Encyclopaedia, Competition Law Chapter. Mr. Batchelor focuses his practice on EU and UK competition law. He acts for complainants and defendants in cartel and market power investigations, and advises on EC and multi-jurisdictional merger control laws in relation to mergers and joint ventures. Mr. Batchelor also advises on the impact of EU competition law and carries out compliance audits on the franchising and distribution practices of clients in a wide range of industries. These matters have involved sports broadcasting rights, distribution and licensing of films in various theatrical and non-theatrical segments; 3G mobile, data networking equipment, telecommunications, travel financial services and software sectors.

If you (i) receive some form of financial support from foreign (non-EU) governments, and (ii) have activities or are planning to acquire a business in the EU, then you will want to read on. Following political agreement among legislators, the European Union (EU) Foreign Subsidies Regulation (...)

On April 20, 2022, the U.K. government announced amendments to the U.K. competition and consumer law regimes. Changes to merger control include: Expanded conditions for killer acquisitions, which will eliminate the need for a U.K. overlap in acquirer and target activities intended to cover (...)

Takeaways The CAT is willing to consider strike-out seriously at the certification stage. The CAT considered striking out the claims of its own motion, and warned the proposed class representatives that they should consider ‘significant amendment and revision’ of their claims to avoid strike-out. (...)

The European Commission (Commission) is accepting public comment on its proposed revisions to European Union regulations and guidance on common competitor cooperation arrangements, which are due to expire on 31 December 2022. Cooperation agreements among existing or potential competitors (i.e., (...)

On January 26, 2022, the EU General Court (the Court) annulled the European Commission’s (the Commission) decision that Intel had abused its dominant position regarding its x86 central processing unit (CPU) computer chips and the imposition of a €1.06 billion fine. The judgment demonstrates that (...)

The UK’s Competition and Markets Authority (CMA) fined Facebook £50.5 million for breaching an order to hold separate its acquisition target, Giphy, pending the CMA’s review of the merger. Takeaways The U.K. merger control regime allows acquirers the flexibility to close prior to completion of a (...)

On September 22, 2021, the European General Court issued its judgment upholding the decision by the European Commission (Commission) to fine Altice for gun-jumping in the acquisition of Portugal Telecom (PT) in 2015. The General Court did grant Altice a limited 5% reduction of part of the €124.5 (...)

On September 22, 2021, the European General Court issued its judgment upholding the decision by the European Commission (Commission) to fine Altice for gun jumping in the acquisition of Portugal Telecom (PT) in 2015. The General Court did grant Altice a limited 5% reduction of part of the €124.5 (...)

The U.K. government is consulting on far-reaching reforms to U.K. competition and consumer laws, which would substantially expand the powers of the Competition and Markets Authority (CMA) and reduce procedural protections. Key proposals include: Merger control jurisdiction enlarged: The CMA (...)

1. Summary The European Union and the United Kingdom have each proposed modifications of their antitrust rules on distribution. The proposals diverge significantly on common distribution practices, creating legal challenges for distribution agreements caught by both sets of rules. Dual (...)

The European Commission (EC) has proposed legislation to curb M&A, public procurement and market conduct by foreign-subsidized companies that may distort the European Union’s internal market. New requirements include: Mandatory notification of acquisitions where the target’s EU turnover (...)

The new Article 22 EU Merger Regulation (EUMR) Guidance released by the European Commission (EC) enables the EC to review any acquisition, even those that do not qualify for notification under national (or EU) merger control rules. Summary The new guidance indicates that the EC will actively (...)

Bill Batchelor, Frederic Depoortere, Giorgio Motta, Ingrid Vandenborre, Alexander Kamp The EU Commission invites national regulators to refer certain transactions back to the Commission if they do not meet either national or EU thresholds for investigation

Takeaways More than 50 countries now have the discretion to conduct competition reviews of mergers below mandatory notification thresholds, and the European Commission, EU member states, the U.K. and others are using this authority more frequently. As a consequence, companies whose merger might (...)

Commissioned by the U.K. government to review its antitrust regime, Conservative Member of Parliament John Penrose’s “Power to the People” report proposes streamlined, modest changes rather than wholesale reform to the current regime. The report’s recommendations are outlined below: Merger reviews (...)

On 11 December 2020, the U.K. Supreme Court (the Court) handed down its much-awaited ruling in Merricks v Mastercard, dismissing Mastercard’s appeal against the English Court of Appeal’s April 2019 decision in a 3-2 ruling. The main aspects of the decision are explained below: This ruling (...)

The U.K. Competition and Markets Authority (CMA) has advised the U.K. government to create additional competition rules for large tech firms and platforms: Large tech firms considered to have “strategic market status” (SMS) should be subject to an enforceable code of conduct to prevent (...)

Following its review of a series of global deals in the digital markets space, the U.K.’s Competition & Markets Authority (the CMA) has launched a consultation on revised merger assessment guidelines (the draft guidelines) codifying its evolving practice in the digital sector and addressing (...)

Bill Batchelor, Frederic Depoortere, Giorgio Motta, Ingrid Vandenborre, Aurora Luoma, Aristeidis Demiroglou, Caroline Janssens The EU Commission calls for contributions on the fundamental question of how competition rules and sustainability policies interact with each other, and what can be done better

The European Commission (EC) has proposed far-reaching new powers to investigate and sanction foreign subsidies that have allegedly distortive effects on the European Union’s (EU) internal market. The proposals include: (i) mandatory notification of acquisitions, including potentially minority (...)

In this series, “Critical Thinking in the Time of COVID-19,” our European tax practice examines the next stage of analysis for corporates that have begun digesting the economic and legal impact of COVID-19 on their businesses. This edition covers the area of European fiscal state aid. EU State (...)

As the COVID-19 pandemic spreads rapidly around the world, and countries take unprecedented measures to contain the spread of the disease, businesses are increasingly struggling with the economic impact of this crisis. While airlines, tour operators and event businesses have been among the (...)

The U.K. Competition and Markets Authority (CMA) has published “Guidance on the Functions of the CMA Under the Withdrawal Agreement” (Guidance), which sets out the regulator’s approach to merger and competition cases during the Brexit transition period that will run until at least through December (...)

The U.K. Financial Conduct Authority (FCA) has issued its first antitrust decision since obtaining competition law powers four years ago. The decision is a controversial one. It sets the FCA up as a strict enforcer on the type of information that competing investors can share when making (...)

Bill Batchelor, Hannelore Wiame The EU Court of Justice dismisses an appeal against a General Court judgment upholding the EU Commission’s prohibition of a non-compete covenant in a share purchase agreement (Telefonica)

The European Court of Justice (ECJ) recently dismissed an appeal against a General Court judgment which largely upheld the European Commission’s prohibition decision taken against Telefónica and Portugal Telecom for a non-compete covenant in a share purchase agreement. The share purchase (...)

Bill Batchelor, Keith Jones The EU Court of Justice revisits forty years of case law on when a dominant company’s rebate scheme may be abusive (Intel)

In its ruling on the European Commission’s 500 page Intel decision, in a crisp 150 paragraphs, the EU Court of Justice (the Court) revisited forty years of jurisprudence on when a dominant company’s rebate scheme may be abusive. Though no final decision for Intel, the case marks a potentially (...)

Introduction The EU Courts established more than 40 years ago that "the practice of sport is subject to Community law […] in so far as it constitutes an economic activity." Sport is not just an economic activity, but big business, by some estimates accounting for almost 4% of European GDP and (...)

Call for a common-sense approach to Article 102 - Advocate General Wahl on Intel* If AG Kokott in Post Danmark II was a 102 hawk – ordoliberal-redux, fossilizing form over function, economics on the “too difficult pile” for authorities and courts – then AG Wahl firmly sets out his stall as the 102 (...)

The Spanish authority fined car-wash equipment maker Istobal €638,770 (2% of its Spanish revenue) for denial of parts and data to independent repairers. Though providing repair/maintenance services itself and via appointed third party service providers (each allocated to specific territories in (...)

The first Post Danmark case in 2012 brought about a modest antitrust revolution on Article 102 applicable to discrimination. Rarefied economic concepts were confirmed. Price discrimination as a standalone abuse was all but confined to a historical footnote in antitrust textbooks, to be (...)

Advocate general deals another blow to economic assessment of rebates* It is never a good sign when an advocate general’s opinion warns the European Court of Justice (ECJ) not to be swayed by “ephemeral trends” or the “Zeitgeist” of economic analysis, but instead to stick to the “legal foundations (...)

437.9
Number of readings per contribution