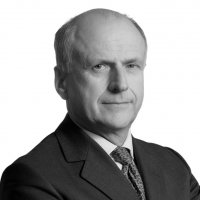 Bernard Amory has practised law in Brussels since 1984. While working as an official in the Directorate General IV (Competition) of the European Commission, he was in charge of the application of the competition rules in the telecommunications sector and played a key role in the liberalisation of the European telecommunications market. He has extensive experience as a Commission official and as a private practitioner in dealing with joint ventures, strategic alliances, and mergers and acquisitions (on behalf of both notifying parties and third parties), as well as abuses of dominant position, cartel investigations, and state aid matters before the Commission and the European courts. The leading cases in which he has been recently or is currently involved include: MCI WorldCom/Sprint, Telia/Telenor, BT/AT&T, the Irish risk equalisation scheme case for BUPA, the roaming inquiry, the vitamins cartel for Aventis, the credit card investigation for MasterCard, the Microsoft inquiry on behalf of AOL Time Warner, the Sony/BMG proposed merger on behalf of Apple Computer, the O2/T-Mobile infrastructure and national roaming agreement exemption on behalf of O2, and the paper and forestry product investigation on behalf of UPM-K. He obtained one of the last Article 81(3) exemptions from the Commission for mm02 plc and 02 Germany in relation to their infrastructure sharing and national roaming agreement with T-Mobile in Germany and the U.K. He also represents fixed and mobile operators in a wide variety of regulatory matters and has assisted governments across the world in relation to telecommunications legislation. In 2006, Bernard was named lawyer of the year for regulatory communications by Who’s Who Legal. He also has been selected as one of the world’s top 20 lawyers by the Commercial Lawyer 2000 and is described by Chambers Global - The World’s Leading Lawyers as one of ’Europe’s finest telecoms lawyers.’ Bernard has served as a member of the Council of the Business Law Section of the International Bar Association.

In Short The Background: The recent semiconductor shortage, COVID-related supply chain disruptions, and trade tensions have exposed the European Union’s ("EU") dependency on chips made in other continents. The Development: The European Commission ("EC") has proposed legislation—the EU Chips (...)

The EU General Court ("GC") annulled the European Commission’s €1.06 billion antitrust fine imposed on Intel in 2009 for allegedly abusing its dominant position in x86 Central Processing Units ("CPUs") by offering loyalty rebates to customers, excluding competitors such as AMD. The GC held that (...)

In Short The Situation: The European Commission ("Commission") has faced significant pressure from stakeholders to quickly address growing concerns over the distortive effects of foreign subsidies and to ensure a level playing field in the EU. The Result: As anticipated in our recent Alert, (...)

From the very beginning of liberalization of the electronic communications sector in the 1990’s, competition law has played a key role, in particular by adopting decisions and legislation based on Article 106 of the Treaty on the Functioning of the European Union (“TFEU”) combined with Articles 101 and 102 TFEU. Today, the sector specific rules that regulate the electronic communications sector are still largely built on competition law concepts such as market definition, significant market position, and remedies.

In Short The Situation: On December 18, 2018, the European Union published its European Electronic Communication Code ("Code"). The Result: The Code overhauls the current legislative framework for telecommunications with the aim of consolidating existing legislations into a single Act. (...)

What happened? The European Court of Justice ("ECJ") set aside a General Court ruling that had upheld a €1.06 billion fine imposed by the European Commission on Intel for abusing its dominant position in the market for x86 central processing units ("CPUs"). Background In its 2009 decision, (...)

Bernard Amory, Cecelia Kye, Charlotte Breuvart The EU Court of Justice upholds use of evidence from a national authority other than a member state competition authority (Pacific Fruit)

The European Commission has published revised safe harbor rules for agreements that are not deemed to appreciably restrict competition. This is the so-called "De Minimis Notice," the first version of which dates back to 2001. At the same time, the Commission also published guidance on the (...)

The European Court of Justice (ECJ) has upheld the expansive geographic reach of a European Commission dawn raid decision in the electric cables cartel investigations. Nexans, one of ten companies being investigated, had argued that the geographic scope was overbroad and provided an (...)

The European Court of Justice has upheld a €30 million fine against cartel whistleblower Deltafina, which was imposed following the withdrawal of Deltafina’s conditional immunity as a result of the breach of its duty to cooperate under the European Commission’s leniency program. This ruling (...)

Following dawn raids on the premises of electric cable manufacturers, the European General Court has partially overturned two EU Commission inspection decisions, finding the scope of inspection to be overreaching in scope. This is the first time that a court has annulled (albeit partially) a (...)

The European Court of Justice ("ECJ") has adopted new rules of procedure, replacing previous rules that had remained largely untouched since their adoption in 1953. The goal of these changes is to speed up ECJ proceedings, but these new rules may also reduce transparency and undercut parties’ (...)

Companies and individuals that are accused of price-fixing rarely go to trial. Indeed, in the last 10 years, no corporate defendant (and only a handful of individuals) has elected to litigate an international criminal cartel case in a U.S. court. The vast majority of cases are resolved through (...)

On March 3, 2011, Advocate General (AG) Mazák delivered an opinion to the European Court of Justice (ECJ) in Pierre Fabre Dermo-Cosmétique SAS (PFDC). PFDC, a French manufacturer of cosmetics and personal care products, prohibited its retailers from selling via the Internet. AG Mazák advised the (...)

On Wednesday, 3 December 2008, the European Commission issued the long awaited Communication on abusive exclusionary conduct by dominant undertakings. This marks the end of an extensive review process, launched in December 2005 by the Commission’s Staff Discussion Paper on exclusionary abuses (...)

This week, in separate new matters, the United States and the European Union announced the detection and prosecution of price fixing agreements among competitors. The U.S. Department of Justice reported guilty pleas and fine agreements by three Asian manufacturers of liquid crystal display (...)

This week, in separate new matters, the United States and the European Union announced the detection and prosecution of price fixing agreements among competitors. The U.S. Department of Justice reported guilty pleas and fine agreements by three Asian manufacturers of liquid crystal display (...)

The detection and punishment of illegal cartels are at the top of the European Commission’s enforcement agenda. In 2001, the Commission meted out record fines in cartel cases totaling $ 1.6 billion, eclipsing the U.S. single-year record of $ 1.1 billion. Historically, the Commission’s fabled « (...)

The present contributions were gathered following up the 10th edition of the “New Frontiers of Antitrust” annual Concurrences review Conference held in Paris on June 14th, 2019, at the French Ministry of Economy and Finance. The discussions revolved around four topics. The members of the first (...)

This first roundtable of the conference “New frontiers of Antitrust”, Paris, 22th of February 2013, was dedicated to « Opening competition in protected sectors: Should new entrants be protected?». Bernard Amory and Laurent de Muyter, authors of the first contribution, provide some thoughts on the (...)

The pre-notification phase has proved to be a useful mean to address “upfront” many of the issues that a concentration may raise, without being bound by the strict timetable of the formal review process. It works well but there is arguably still some room for improvement. The pre-notification (...)

694
Number of readings per contribution