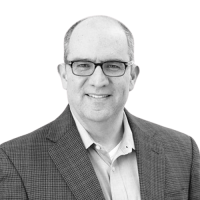 Aviv Nevo was formerly chief economist at the Antitrust Division at the DOJ, where he advised on merger, as well as civil and criminal, investigations. He led the division’s Economic Analysis Group of over sixty Ph.D. economists and statistical analysts. Professor Nevo has been retained as an expert by the Department of Justice, the Federal Trade Commission, and private firms in cases related to antitrust merger review, conduct investigations of dominant firms, and antitrust and other litigation matters. Professor Nevo testified as the U.S. government’s economic expert in the proposed $37 billion merger between health insurers Aetna and Humana in 2016, and in the proposed $400 million acquisition of Drew Marine Group by Wilhelmsen Maritime Services in 2018. He has analyzed competitive effects for merging parties in numerous matters, including Cigna/Express Scripts, Walt Disney/21st Century Fox, Big Tex Trailers/American Trailer Works, and Commercial Metals Company/Gerdau S.A. Professor Nevo’s academic work lies at the intersection of industrial organization, marketing, and econometrics. He is a pioneer in using data to analyze consumer preferences and decision making. He has published extensively on methods that can be used to assess market power and mergers, particularly in the context of differentiated products. His research includes studies of consumer packaged goods, retailing, real estate brokerages, healthcare, and telecommunications. Professor Nevo is the director of the Wharton Competition and Policy Initiative. He currently serves as a coeditor of Econometrica and previously served as a coeditor of the RAND Journal of Economics and editor of the Journal of Industrial Economics. He is a fellow of the Econometric Society, and is a research associate with the National Bureau of Economic Research. Who’s Who Legal has recognized Professor Nevo as a leading competition economist and a Thought Leader in the competition field. Prior to joining the faculty at the University of Pennsylvania, he taught at the University of California, Berkeley; Northwestern University; and the Massachusetts Institute of Technology.

517
Number of readings per contribution