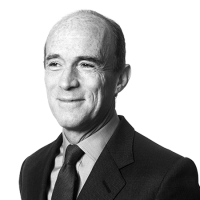 Mr. Winckler’s practice focuses on European and French competition law, including cartel investigations, merger control, and market dominance. Mr. Winckler has advised clients in numerous cartel cases, including those relating to cement, copper tubes, seamless steel tubes, paper and elevators. He also has been counsel to clients in merger control procedures, including the Nestlé/Perrier, EADS, Elf/TotalFina, Schneider/Legrand, Arcelor-Mittal and Danone Numico cases. Mr. Winckler has extensive experience representing corporate clients and financial institutions, as well as governments and public entities, regarding EC State aid rules. In this area, Mr. Winckler has advised on the Ford/Volkswagen, Credit Lyonnais and France Telecom cases, as well as other State aid matters. Mr. Winckler has vast experience representing clients before the European Commission, the European Courts in Luxembourg, the French Competition Council and the Court of Appeals in Paris. His litigation experience includes many major competition and State aid cases such as Matra v. Commission, Microsoft v. Commission, Schneider v. Commission. Mr. Winckler is distinguished as a leading competition/antitrust lawyer by Chambers & Partners Global - The World’s Leading Lawyers, Who’s Who Legal and the PLC Which Lawyer? Yearbook. Mr. Winckler joined the firm in 1985 and became a partner in 1992. Prior to joining the Cleary Gottlieb, Mr. Winckler was an administrative judge. He received law degrees from the Université de Nice Sophia Antipolis in 1984 and from the Institut d’Études Politiques de Paris in 1979. Mr. Winckler graduated from the Ecole Nationale d’Administration in 1983 and the French Ecole Normale Supérieure in 1976. Mr. Winckler is a member of the Bars of Paris and Brussels. He is admitted to practice before the EC Court of Justice, the EC Court of First Instance and the Court of Appeals in Paris. He is also a member of the International Bar Association, the Association des Juristes Européens, the Association de Formation et d’Enseignement Continu (AFEC), and the European Competition Lawyers Forum. His native language is French, and he is fluent in English, German, Italian and Spanish. Mr. Winckler is widely published on various aspects of EC constitutional and competition law, including “Collective Dominance under EC Merger Control Rules,” published in the Common Law Market Review; “Legal Privilege and EC Competition Rules,” published in the Belgian journal Bruylant; and “State Guarantees for Financial Institutions: of State Aid and Moral Hazard,” published by the Institut Universitaire Européen. In addition, he is co-author of a treatise on merger control rules, which includes a comparative study of main merger control regimes in EC countries (“La Pratique Communataire du Contrôle des concentrations” De Boeck-Wesmael, 1998). Mr. Winckler is also the Editor for the section on Merger Control in the journal Revue Lamy de la Concurrence.

On September 22, 2021, the General Court upheld the European Commission’s decision to fine Altice Europe NV, a multinational telecommunications company, for prematurely implementing its acquisition of PT Portugal. Altice had engaged in conduct that contributed to the change in control of PT (...)

Volvo Group (“Volvo”) and Daimler Truck AG (“Daimler”), notified a joint venture (“JV”) in the relatively novel but rapidly evolving hydrogen fuel-cell sector to the European Commission (“EC”, the “Commission”) . The JV cellcentric GmbH & Co. KG, based in Germany, will be active in the development, (...)

This series of articles presents different points of view about the priorities of the newly established Commission on competition policy in Europe in the aftermath of the decision prohibiting the Siemens/Alstom merger and of the manifesto published by French and German governments. These (...)

Antoine Winckler Mergers and gun jumping: What are companies actually allowed to do? (New Frontiers of Antitrust - Paris, 11 June 2018)

Gun jumping has come to the forefront of antitrust enforcement in a number of important jurisdictions, including the European Union and France.  A consensus has emerged, particularly regarding infringements resulting from the acquisition of control through shares and voting rights and the central (...)

This set of two papers is derived from the training session on “Competition Policy and National Champions” organized by Concurrences Journal in Brussels the 15th July 2014. In the first paper, Damien Neven (professor of Economics at the Graduate Institute of Geneva) argues that a change in EU (...)

During the Nasse Seminar organized the 13th of April of 2012, Pierre-André Buigues, Antoine Winckler and Paul Seabright talked about industrial policy and competition policy. The seminar was animed by Anne Perrot, vice president of the Competition authority. Created at the end of the 1980s (...)

During the Seminar organized the 5th of May of 2011, Antoine Winckler and Bruno Jullien talked about the competitive functioning of the advertising market. The seminar was animed by Anne Perrot, vice-president of the Competition Authority. Created at the end of the 1980s within the (...)

Considering the important number of contributions, the papers of this conference are reproduced in the pdf version attached only. Please note that these papers are also freely available for non-subscribers at the "Conference" section of the (...)

During the Seminar organized the 4th of December of 2008, Antoine Winckler and David Spector talked about the economic damages evaluation. The seminar was animed by Anne Perrot, vice-president of the Competition Authority. Created at the end of the 1980s within the Forecasting Department, the (...)

2350.5
Number of readings per contribution