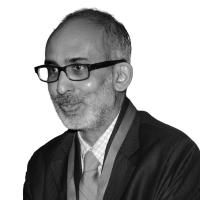 Aditya Bhattacharjea is Professor of Economics at the Delhi School of Economics, University of Delhi, India, where he teaches postgraduate courses in industrial organization and Indian economic development. He served as Head of the Economics Department of the DSE from 2014-18. He earlier taught for many years at St Stephen’s College, Delhi (1980-96), and has been a visiting associate professor at Duke University, USA. His research interests include competition (antitrust) law, economics, and policy; labour market regulation; and trade policy under imperfect competition. His articles have appeared in leading law and economics journals in India and abroad. Professor Bhattacharjea served as a member of the Expert Group on Trade and Competition Policy, Ministry of Commerce, Government of India, in 2002-03. From 2005 to 2010, he was a resource person for the Competition Policy and Government Procurement sessions of the annual WTO Regional Trade Policy Courses for the Asia/Pacific region, conducted at Hong Kong University and then at the National University of Singapore. He was recently appointed to serve on the Competition Law Review Committee which has been set up by India’s Ministry of Corporate Affairs. Professor Bhattacharjea earlier served as a member of the Board of Directors of the Export-Import Bank of India from 2012 to 2015, on the Standing Committee on Industrial Statistics of the Ministry of Statistics and Programme Implementation since 2012, and on the Working Group on Employment and Labour, NITI Aayog, in 2017. He has been a member of the Governing Body of the Institute of Economic Growth, Delhi (2015-18), the Committee of Direction of the Centre for Development Studies, Thiruvananthapuram (2016-18), the Board of Studies of the Indian Institute of Foreign Trade, Delhi (2017 – present), and the Governing Bodies of several Delhi University colleges. He holds a B.A. (Hons) degree from St Stephen’s College, University of Delhi, an M.A. from Jawaharlal Nehru University, an M.Phil. from the University of Cambridge, and a Ph.D. from Boston University.

In a recent decision (technically known as an ‘Order’), delivered on 30 March 2015, the Competition Commission of India (CCI) approved an agreement whereby the multinational cement manufacturer Holcim would acquire all the outstanding shares of another large cement multinational, Lafarge. India’s (...)

Background of the Case Global Tax Free Traders (hereafter ‘Global’) were the exclusive importers and distributors in India of many of William Grant’s Scotch whiskey brands for over seven years. In early 2013, Grant gave notice that it would not renew its contract with Global. Instead, it (...)

In a recent decision (technically known as an ‘order’), delivered on 23 October 2013, the Competition Commission of India (CCI) approved a merger between two large multinational corporate groups specializing in advertising and communications. The Publicis group, headquartered in Paris, and the (...)

Sections of India’s Competition Act relating to anticompetitive agreements and abuse of dominance were brought into force in May 2009, but the merger review sections and the associated draft implementing regulations remained extremely controversial in Indian and foreign business circles. The (...)

The Competition Commission of India (CCI) began enforcing India’s new Competition Act in May 2009. It recently decided a matter in which predatory pricing was the central allegation. Although the CCI found no prima facie case and closed the matter at the threshold, the decision raises some (...)

In two cases decided in 2012, the Competition Commission of India (CCI) found evidence of collusion amongst wholesale and retail distributors of pharmaceuticals in particular regions of India. We analyze one case (Varca Chemist and Druggist and others vs Chemists and Druggists Association, Goa) (...)

293.3
Number of readings per contribution